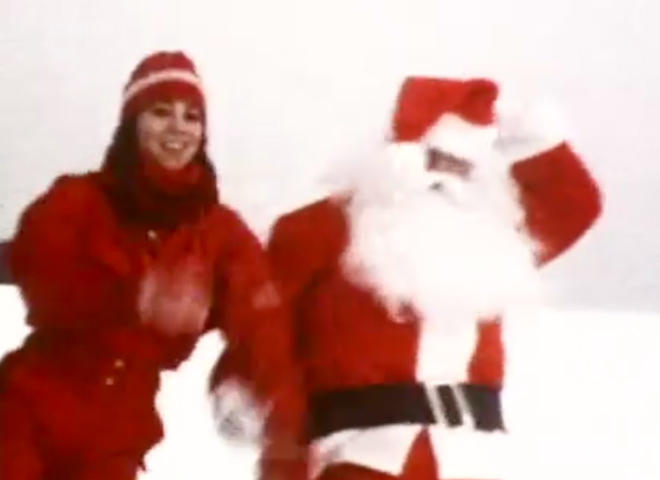 More than two decades after its debut, there's still magic, and money, in a Christmas classic from singer Mariah Carey.  Ben Tracy reports:

He can play just about any Christmas song. But if Walter Afanasieff had to pick just one, well, all he wants for Christmas is this: "All I Want for Christmas Is You."

For 22 years Mariah Carey's "All I Want for Christmas Is You" has been the Christmas gift that keeps on giving. This year it once again sits atop Billboard's Holiday 100 chart.

Tracy asked, "Did you ever imagine that 22 years later we'd be sitting here talking about this song still?"

"I, literally every year, am very, very surprised," Afanasieff replied. "I'm very fortunate. I mean, I pinch myself every year!"

That's because Afanasieff co-wrote the song with Carey. It appeared on her Christmas album, released back in 1994.

Creating the song, he says, happened very quickly, with the two improvising: "It was minutes. I'm gonna say, like, 15, 20 minutes."

Carey then wrote the lyrics, and the rest is nothing short of a Christmas miracle.

I don't want a lot for Christmas
There is just one thing I need
And I don't care about the presents
Underneath the Christmas tree.

I don't need to hang my stocking
There upon the fireplace.
Santa Claus won't make me happy
With a toy on Christmas Day.

I just want you for my own
More than you could ever know.
Make my wish come true.
All I want for Christmas is you
You, baby.

The song has sold more than 14 million copies. It is the most downloaded song of Carey's career, and has generated a reported $50 million in royalties.

And it wasn't expensive to make. Adanasieff used this computer to create all of the music. The only live element was Carey's voice. Hearing Mariah Carey's isolated vocal track is a reminder that she is one of the best singers of all time.

Carey and Afanasieff were longtime collaborators. He worked on some of her biggest songs, including "Hero."

But only one of his songs climbs the charts every single year.

When asked why he thinks the song has lasted, Afanasieff said, "Because it didn't fall into any genre except for a very, very tried-and-true rock 'n' roll genre. That no matter what year it is, it's always that sentimental, yesteryear feeling. It's timeless, that's what it is."

That may be because Mariah Carey has spent a lot of time making sure nobody forgets she's the Queen of Christmas.

"The Queen," Afanasieff said, "the literal throne-sitting monarch of the last 22 years, is this live and kickin', cool-ass Mariah Carey that's still performing and gets to walk around saying, 'Yep, that's my song."