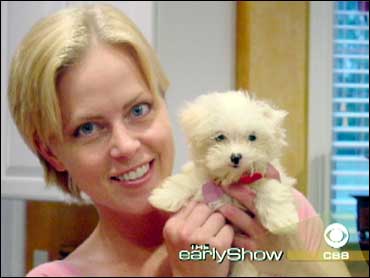 In Nashville, a former plastic surgeon is under arrest and accused of killing his girlfriend, Lesa R. Buchanan.

"It started out seeming to be a very good one," says Peggy Roberts about her daughter's relationship with Dr. Christ Pete Koulis. "But it soon turned bad. He was very controlling of her time. And it just became a very, very difficult situation."

Koulis met Buchanan when she came to him as a patient. Buchanan was an aspiring model and writer, and Koulis was an up-and-coming plastic surgeon.

But in 2002, Koulis had his medical license suspended in Tennessee. He was charged with sexual misconduct with patients and mishandling prescription drugs. Just two months later in Kentucky, the doctor was arrested for illegally administering drugs to Buchanan.

After Buchanan was hospitalized, she moved back in with her mother. Buchanan tried to get away from him several times but was not successful.

"He just would not allow it to end," Peggy Roberts tells The Early Show. "He would continuously call her every few minutes. And she tried changing her cell phone number. Somehow he would get it. I know there was a time where she changed it three times. And, yet, he would get the number anyway. He was very, very persuasive and he could talk his way into anything."

Koulis pled guilty and was sentenced to probation. Somehow, he was granted a medical license in another state.

Earlier this year while practicing medicine in Illinois, he gave his girlfriend drugs again. This time police say it killed her.

Buchanan's 14-year-old daughter, Jessica, describes her mom as "creative and funny. She always made everyone laugh. Very lively."

Buchanan, 35, was living in the Nashville suburb of Franklin when Koulis, who worked in private practice in Illinois, came down to spend the Fourth of July with her, investigators said. The two had been dating for six years.

"They apparently had a long-distance relationship," Franklin detective Eric Anderson said. That night, Buchanan was taken to Williamson Medical Center, where she was pronounced dead from an "acute multiple drug overdose," Anderson said. Authorities declined to say which drugs were found in Buchanan's body.

Koulis is charged with second degree murder and reckless homicide. He faces 25 years in prison.

Williams Country district attorney Ron Davis says there is a Tennessee law that allows prosecutors to charge a person with second degree murder if he or she provided illegal drugs that caused a death.

Peggy Roberts says she wants Koulis to be held accountable for his actions.

"I think that to behave in this way would make it very dangerous for him to continue as a doctor," she says. "I think, also, that when any couple is in a relationship like this, where it's verbally abusive or mentally controlling another person, it needs to be stopped. And our hope is to just simply make other women aware that they need to have the strength to walk away, no matter how difficult it might be to do that."