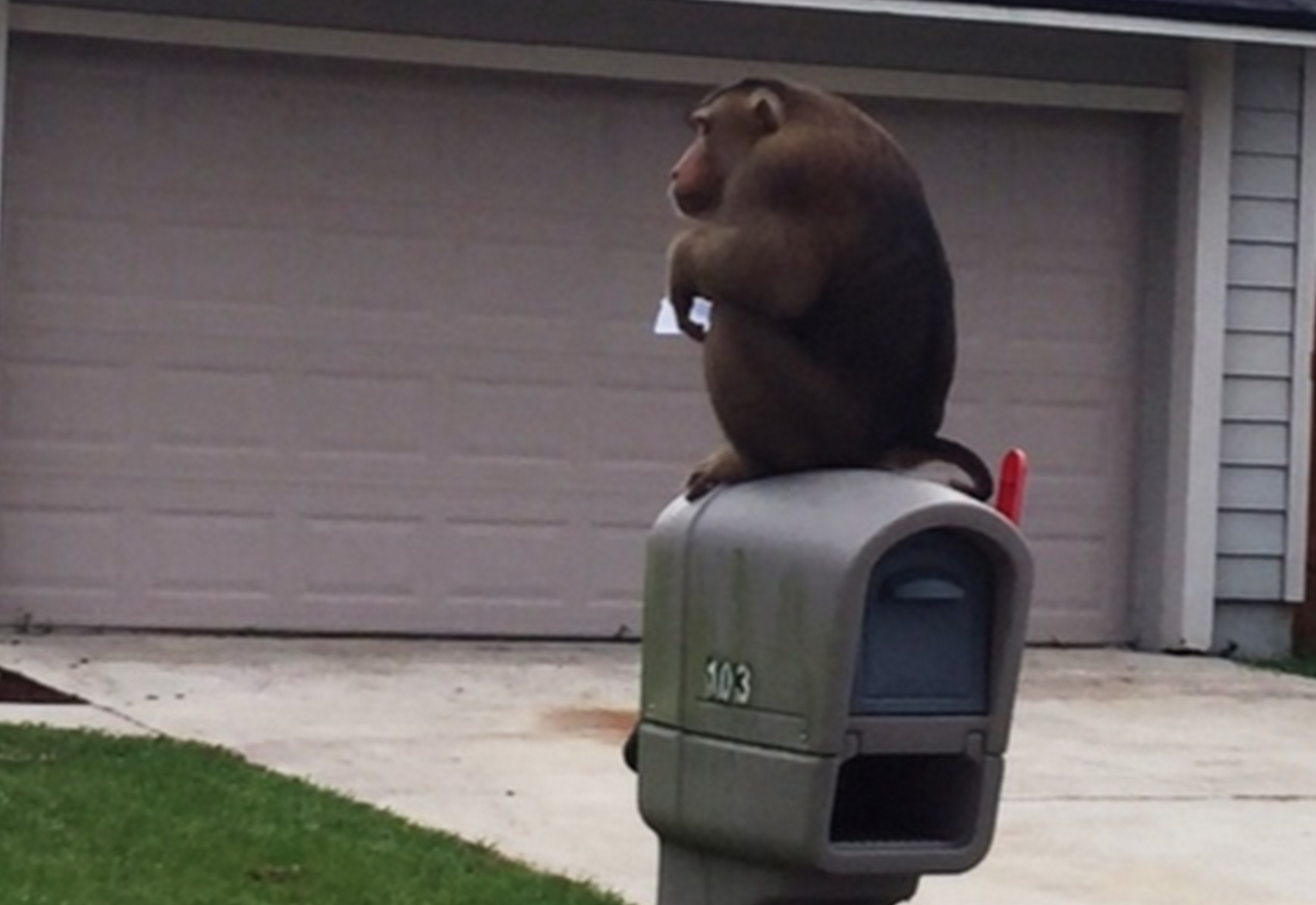 It's not unusual for Florida police officers to respond to wild animal calls. Alligators, bears, families of ducks -- you name it, officers have heard it all.

But Monday morning, a 911 caller reported something that even the Sanford Police Department called a little "out of the ordinary": a mail-eating monkey sitting on top of a neighbor's mailbox.

Luckily, someone in the neighborhood happened to see the monkey and recognize the situation was "not normal," Cordingly said.

Unsure whether or not the monkey was going to be aggressive, five police officers, along with members of the Florida Fish and Wildlife Conservation Commission, responded to the call as a precaution.

Officers used a patrol car to block off the road and shook a water bottle in an attempt to lure the monkey away from the busy street. The tactic worked, but it also led the monkey to the top of a patrol car, where he decided to pull molding off of the car, Cordingly said.

Later, the monkey's owner -- who had a proper permit to own the animal -- joined officers in the wild chase before too much damage was done.

Within 20 minutes, the owner was able to coax the monkey identified as "Zeek" back into his arms.

"Our officers respond to some pretty serious, sad and horrific calls," Cordingly said. "It's nice to be able to respond to something of this nature, a little more lighthearted and have a happy ending."

A female lieutenant and self-proclaimed animal lover took a photo with the monkey after he was caught.

"For all people to respond to the call to coax the monkey -- it was definitely her," Cordingly said.

The police department posted about the incident on Facebook earlier, because "it's a nice story to read as you're starting off your Monday," Cordingly said.

"Did the monkey get charged with the vandalism to the Patrol Car? Animal Mischief?" one user asked.

"Can't forget about tampering with government mail! That's considered a felony," another added.

This may seem like it's going to be the most unusual 911 call of the day, but Cordingly said: "It's still early yet."

Who is Ghislaine Maxwell? A look at her life and history