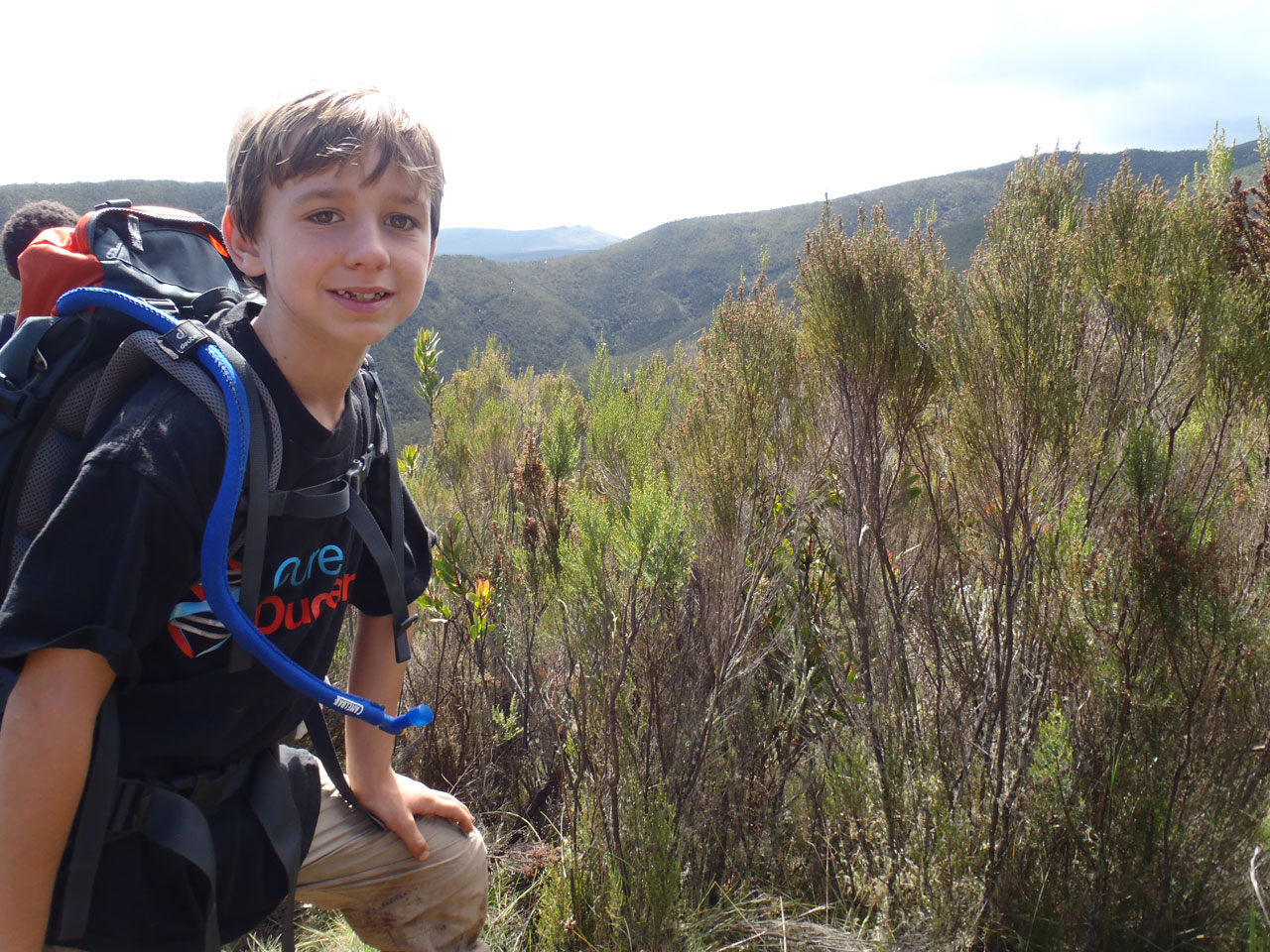 After a six day trek, an 8-year-old boy has become the second youngest person to climb to the top of Africa's highest mountain.

Tyler Armstrong of Yorba Linda, California, successfully submitted Mt. Kilimanjaro on July 1, 2012. For safety reasons, the Tanzania National Park Authorities doesn't allow anyone under the age of 10 climb the mountain, but Armstrong was able to get a special permit.

"I did feel a little weak when I was going up on the last day," he told CBS Los Angeles. "On the last day, because we had to start at 11 o'clock at night, so I was really tired. So my dad said, 'Keep going, keep going.'"

Armstrong is one of 30 percent of climbers who was able successfully make it to the top. He took the Lemosho Route, a 48.5 miles trek which takes the hiker up 10,644 feet, according to his website.

But, achieving the record was only one of the boy's motivations. The climb was done to raise money for CureDuchenne, an non-profit organization that helps fund research for a form of Muscular Dystrophy affects boys called Duchenne.

Most Duchenne sufferers do not survive beyond their mid 20s and will most likely need a wheelchair by the time they are 12, Armstrong posted on his website. About one in 3,500 male births will result in an individual with the disease, with more than 20,000 boys in the U.S. and 300,000 boys worldwide suffering from its crippling effects. Armstrong was able to meet a 15-year-old boy who had Duchenne during his trip, CBS Los Angeles reported.

The young boy first made headlines by being the youngest climber to summit Mr. Whitney in a single day. Just like this trip, he completed the climb with his father, Kevin Amrstrong.

Upon coming down the mountain, he was hoisted in the air by African villagers.

"It was really cool because everyone was holding me up," he stated.

His next goal is to climb Mount Aconcagua in Argentina in about a year and a half.