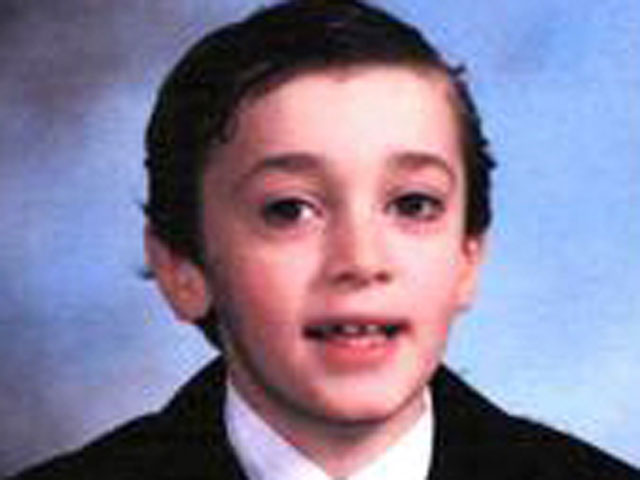 Robb, escaped through the gates of Grandview Elementary School's playground shortly after 11 a.m. Monday morning. School staffers chased him, but Robb ran into the forest and has not been seen since, reports CBS station KCBS.

Crews searched for the boy through the night and continued their efforts Tuesday morning.

"We have a lot of personnel out there. Weather is an issue. Dehydration is an issue. So we're very concerned," said Lt. Rick Ellis of the San Bernardino Sheriff's Department.

Joshua is "severly autistic and does not respond well to loud noises or loud voices, and unfortunately in this situation we have to have the helicopter searching for him so I'm sure that is somewhat disturning to him but it's absolutely necessary," said San Bernardino County sheriff's spokeswoman Cindy Bachman.

Robb was taken away from his parents several weeks ago because someone reported them for alleged child abuse, reports the station.

However, according to the boy's parents, the person was confused when they saw the boy tethered to a pole at his home. The Robbs say Joshua has to be lightly restrained for his safety because of his medical condition. He was spotted with the tether as his parents were moving out of their foreclosed home.

"We moved stuff out of the house," Ronnie Robb said, reports the station. "We couldn't find a soft tether. The same kind they use at school for him because he's a flight risk."

Robb is 60 to 75 lbs, with brown hair and dark brown eyes. He was last seen wearing a tan and grey-striped collared shirt, black shorts and grey sandals.

Search and rescue teams from San Diego and Riverside will join the search effort at daybreak, Bachman said.