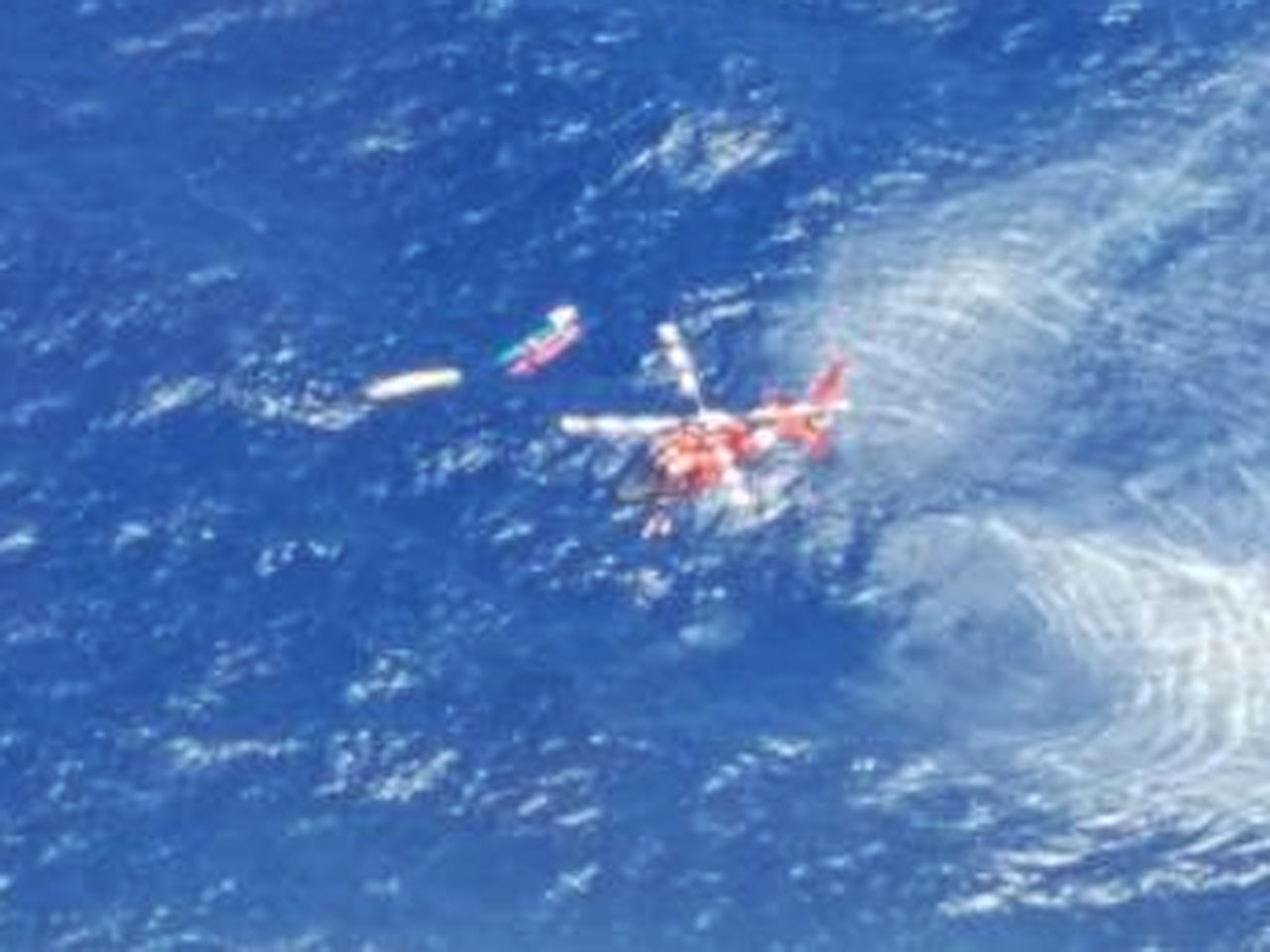 Four adults and four children traveling to the Hawaiian island of Molokai from Oahu were forced to abandon ship Sunday when the boat they were in sank in the Kaiwi Channel.

"We knew it was going to go down, so we just started getting anything that we really needed like life jackets and I put my fins on and we all jumped in the water and the boat went over," Jeff Kozlovich told CBS Honolulu affiliate KGMB-TV.

The group left Sandy Beach Park around 1:30 p.m. They brought along three kayaks and the plan was to kayak back to Oahu on Monday.

They were 12 miles west of Molokai when their 21-foot vessel got hit by rough waters.

"It got scary rough real fast, where waves were breaking over the bow, and it happened really quick," Kozlovich recalled. "Before we knew it, too much water was in the boat and we really couldn't steer well or maneuver."

Right before the boat sank, the experienced crew untied the kayaks from the boat, then tied them all together and used their cell phones to call 911.

Although their cell reception worked, the United States Coast Guard says it was a special tracking device called a "EPIRB" that was the hero of the day.

"An 'EPIRB' is an Emergency Position Indicating Radio Beacon," explained Lt. Jessica Mickelson. "And basically what it is (is) a safety device used to alert search and rescue services."

Mickelson says it's unknown what would have happened if the device hadn't been in the vicinity.

Kozlovihc says, "It could have been bad. ... You have to have a lot of respect for that ocean and the wind and conditions out there can change very quickly."

Coast Guard officials advise that people not rely on cell phones in the middle of the ocean. They say it's important to have the appropriate safety equipment.

All eight people were wearing their life jackets. No injuries were reported.