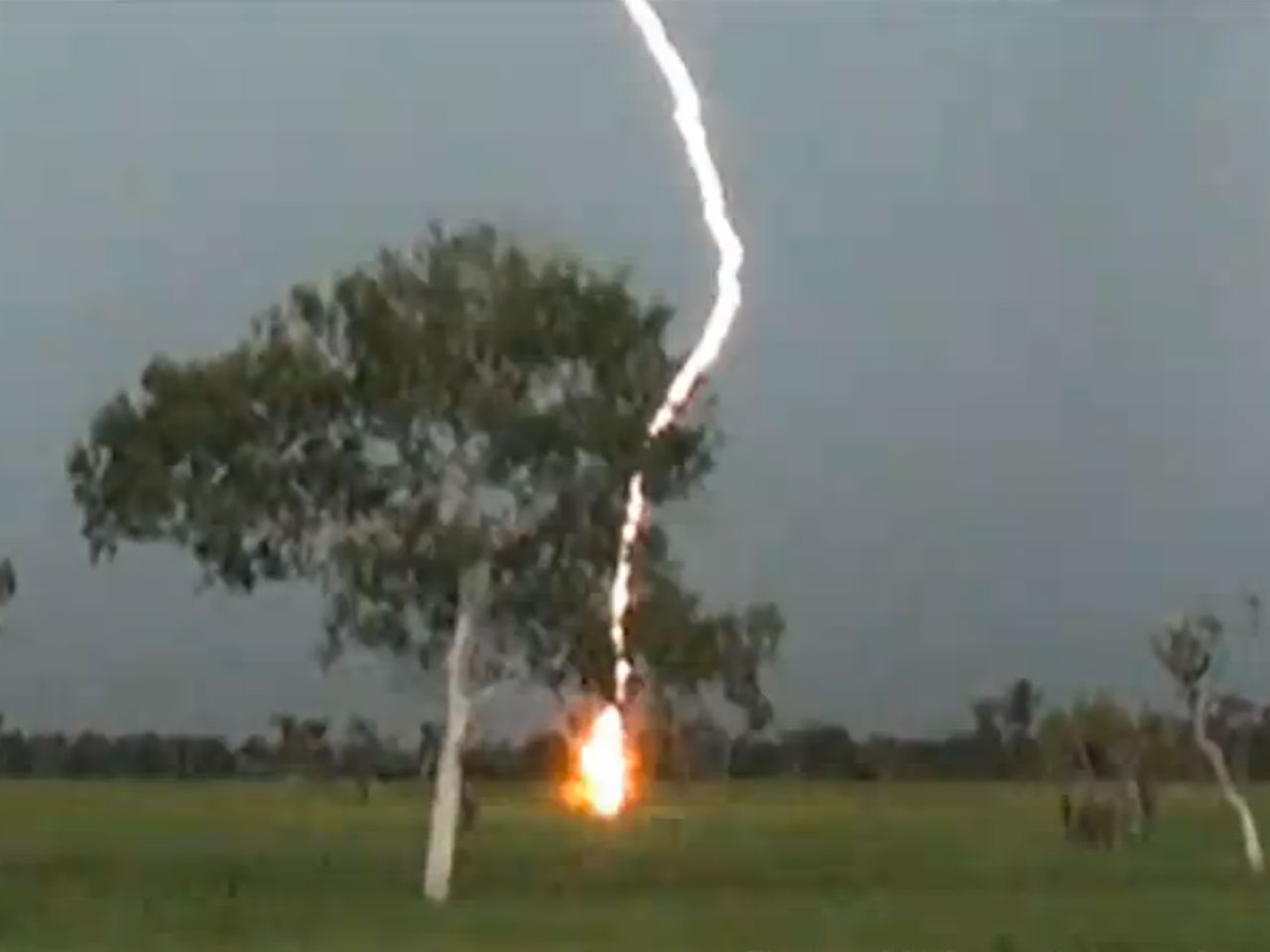 Seventy-seven Air Force cadets are being sent to a local hospital after a lightning strike at the Camp Shelby Joint Forces Training Center near Hattiesburg, Miss. While there did not appear to be serious injuries, two of the cadets were taken by amdulance to the hospital, while the other 75 rode in busses.

The Army said in a press release that the soldiers were being taken in for "medical evaluation" following the strike around 2 p.m. Four personnel were in close vicinity to the strike but were still "responsive and in stable condition," the release said.

Forrest County emergency operations director Terry Steed told a National Weather Service forecaster that nobody was directly hit when lightning hit a power pole near tents. All were taken to hospitals as a precaution, said Mike Edmonston, a senior meteorologist in Jackson.

Camp Shelby near Hattiesburg is the nation's largest state-owned military training center. Its 136,000 acres cut out of southern Mississippi's rolling hills and pine forests includes mock cities designed to look like Iraq and Afghanistan to give soldiers realistic training.

Soldiers and airmen from around the country train there each year and tens of thousands of National Guard troops from across the country have prepared there for missions in the wars in Iraq and Afghanistan.