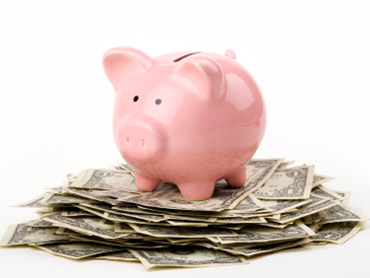 (CBS/KOVR) SACRAMENTO - This is a story about the kindness of strangers.  We thought we should warn you because such good news doesn't grace these pages often enough.

Yesterday, Crimesider told you about a 7-year-old boy whose piggy bank containing $300 was stolen from his family's home near Sacramento. Today, he's got the money back.

A lot of people who heard about the story of 7-year-old Nikita Moroz on CBS affiliate KOVR came forward offering to replace the stolen funds.

The station arranged for the boy, who said he was saving to buy his parents a new house, to meet one of the Good Samaritans.

"How are you? I'm Donovan," said KOVR viewer Donovan Schultz as he shook Nikita's hand Tuesday. "I've seen your story on TV last night and it really got to me."

"Seeing the face of a little kid so broke up over being broken into and robbed that it grabbed me," said Schultz.. "He said that he wanted to buy his mother a new house and that ... that got me," he continued. "That actually broke me into tears and I called the newsroom right away."

Nikita had saved more than $300 within the last three years -- all to help his mom buy a new home.

"I felt I had to do this," Schultz said.

According to KOVR, Donovan Schultz is on a fixed income. With only $857 a month to spend, he decided to give $319 of it to Nikita.

Nikita's mother said she was shocked by the kindness of Schultz, and other KOVR viewers who offered to replace her son's lost savings.

"I think it's just a nice thing that you have done and I can't believe there are still people like you who are left," she said.

"Thank you, and I'm glad I could help you out," Donovan Schultz told the grateful mom.