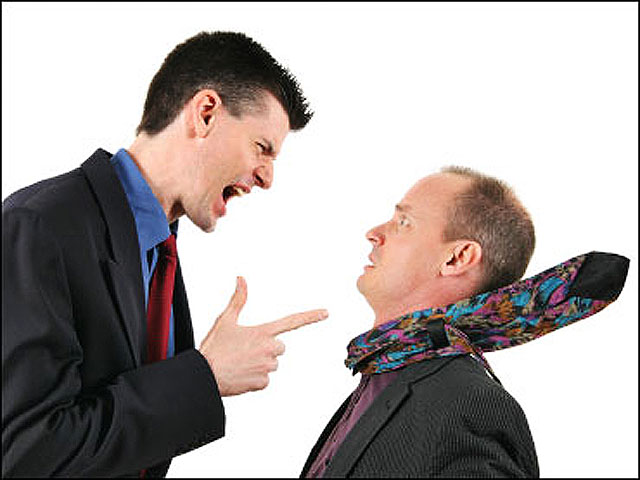 Sometimes I think employees think their bosses are all-knowing and all-seeing, like a divine being or Santa Claus. They're not. They're regular flesh and blood people, just like you and me. And they've got bigger things to worry about than you. Not only that, but the reverse is also true. At least it should be.

People focus way too much on their bosses. Probably the most common dynamic is when the boss, employee or both are dysfunctional. The more dysfunctional, the more disproportionate the focus. We have micromanaging bosses, but we also have lots of employees that overload their bosses with unnecessary and unwanted information, communication and attention.

In some ways, it reminds me of children with alcoholic or abusive parents. In the name of survival, kids learn warning signs to watch out for. But the workplace is different because you're an adult with adult responsibilities and adult choices. Your boss isn't your whole world, even at work. At least he shouldn't be.

If you find that you're thinking, worrying or stressing about your boss an alarming amount, I can almost guarantee that she's not ecstatic about the relationship either. Here are seven tips to try before you end up shooting yourself in the foot, going off the deep end, or doing irreparable harm to your relationship, reputation and career.

Remember why they pay you: to do your job. People often get confused about the whole boss thing. If you're in a company bigger than, say, 10 people, you don't really work for your boss, you work for the company. You were hired and you're paid to do a job. So focus on doing it and doing it well.

Take the initiative. Executives and managers don't just like it when employees take the initiative to solve big problems and get things done -- they love it. Thus the expression, it's sometimes better to ask for forgiveness than permission. I like to say, "What your boss doesn't know won't hurt you." It's usually true.

Focus on yourself. If there's an issue between you and your boss, there's a 50-50 chance that it's you. And, between the two of you, you're better off focusing on yourself rather than your boss. The reason is simple. You can't control or change your boss; you can only control or change you. Tolstoy wrote: "Everybody thinks of changing humanity, and nobody thinks of changing himself." Smart guy, that Tolstoy.

Give your boss what he needs to do his job -- no more, no less. Of course, there are micromanaging control freaks who should probably see a shrink. But oftentimes, bosses micromanage because they're not getting what they need to do their jobs effectively or they're concerned that you're not cutting it. The best thing to do is ask what's going on and what he needs. Then give it to him -- no more, no less.

Have periodic one-on-one meetings. If you have weekly one-on-one meetings with your boss, you should be able to cover everything that needs to be covered and then be on your way. That often relieves a lot of the disruptive ad-hoc communication and unnecessary fire drills.

Get advice from someone who knows your boss better than you do. If you're really befuddled about how to work with your boss, ask somebody who knows him well. I once had a CEO who was micromanaging and it was driving me crazy. Him, too. So I asked the president who had worked closely with him for many years and, lo and behold, he told me what I needed to know. We had a great relationship after that. No kidding.

Be open and honest...with yourself. If things aren't working out, then maybe it's time to move on. Sure, it's a tough job market, so that may take a while, but it's almost always for the better and you'll both be relieved once the dust settles. Of course, you can try to wait him out, but you may end up getting fired, in which case you'll be leaving on her terms, not yours. Something to consider.

For more color on the subject, read: How to know when it's time for a change.