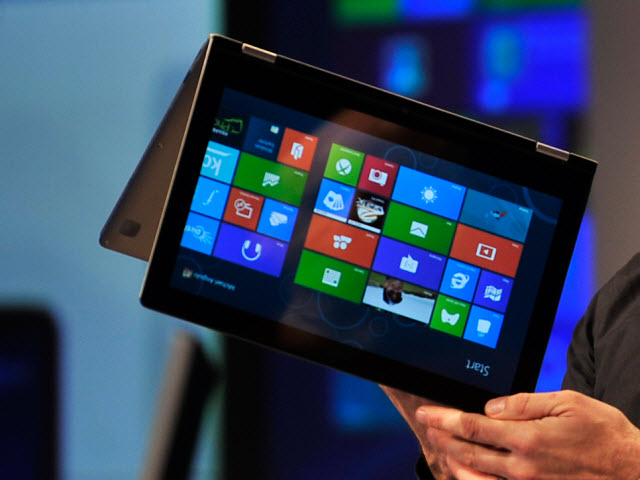 There are skeptics aplenty, including Stephen Chapman at ZDNet, MoneyWatch's sister site. Skepticism is necessary and healthy, as this would be far from a cakewalk for Microsoft. But if you're trying to understand where computing is headed, cynicism would be dangerous. Microsoft has many strengths that could help, and Apple knows it. Here are seven things that Tim Cook is likely weighing.

Corporate buy-in
Apple is the king of consumer electronics, no question. But even with its again growing use in corporations, Microsoft has an establishment in corporate computing that is remarkable. From the operating system on the vast majority of desktops to software that is pervasive, including databases, Office, major corporate applications, and middleware, the company is there, no matter where you turn.

Yes, iPads have become very popular, but they don't naturally integrate with existing systems the way corporations would like. Get the same type of functions in an enterprise-friendly form, and you've provided companies with a powerful reason to buy hardware. Furthermore, the greater number of form factors that will be available are more likely to hit corporate needs, including docking stations for people who have to create and edit documents and spreadsheets and find the experience on a pure tablet wanting, even with the availability of Bluetooth keyboards. (I've been using a Google (GOOG) Android-based system that I bought for traveling, and the ability to seat a tablet to a keyboard with touchpad and extra battery that adds little in weight has been great. Once a Windows-equivalent is available, I'll likely jump just for the desktop software compatibility.)

Massive existing developer base
As Chapman noted, Microsoft will need app developers to compete. I'm wary of the whole "apps are the reason people buy devices," because both Apple's iOS and Google Android managed to build large audiences even without their current levels of app mania. After all, most of the sales and free downloads are from a relatively small slice of the available offerings. But the perception of availability of software is important.

Where Chapman goes wrong, I think, is to say that cross-platform development tools are what could aid Microsoft in this. While they could, he's discounting just how large the Microsoft Windows development camp is. Virtually all corporations putting programmers to work for custom software or to adapt third-party applications have deep Microsoft experience. The most popular software packages, period, have versions for Windows. That's the app strength that Microsoft hopes to leverage, whether on an Intel-based desktop or a tablet or even phone with an ARM chip. Porting isn't an afterthought, but going from one versions of Windows to another? A much easier jump.

Home TV tie-in
Work tie-in is important, but so is home entertainment. That's one place where Microsoft is far better established than Apple because of the Xbox. It's a major streaming platform and has lots of content available. Microsoft is pushing a cheap-up-front Xbox ($99) with an ongoing Xbox Live paid account, plus it has a full motion detection and navigation system, which makes a multi-touch interface look passé.

So the tablet becomes an extension of TV. For the millions of households that already have an online account with Microsoft, it could be a compelling choice.

Unusual determination
Microsoft has screwed up on consumer devices many times. (Can you say Zune or Kin?) But one thing the company has going for it is determination and patience that actually matches Apple's. Yes, there are companies that have eventually beaten Microsoft badly enough that it gave up. The personal finance software category comes to mind.

But it took Microsoft a decade to drop its desktop finance programs. You could call that a waste of time and resources, but it shows how long the company is willing to go to eventually come out on top. The Xbox platform was a major money loser for many years. But Microsoft, like Apple, is in it for the long haul.

Wide range of innovation
Microsoft is one of the largest patent holders in the world, second to IBM. Patents aren't the same as innovation, but the number it holds shows how much investment the companies does in that area. Even rule out many of the piddling patents, and Microsoft has done foundational work in a lot of areas. Much of what it does is invisible to people looking at the consumer electronics space. That doesn't mean it doesn't exist or has no usefulness.

This isn't about a potential legal battle; Apple and Microsoft wisely made peace with each other years ago. But Microsoft has tried often and succeeded a fair amount of time. So, what new things could it bring to a tablet? Hard to tell, but it opens the possibility of approaches that will attract users.

New Borg strategy
The new SmartGlass technology shows how Microsoft has begun to move past the "Windows only, Windows often" approach. Sure, it still wants to sell Windows to everyone multiple times, but as the computing world has changed, the company has been morphing a longtime basic strategy. When you're willing to surround and absorb anyone and everything else, you stand a much greater chance of success, particularly if you want to sell to corporations that aren't crazy about single-vendor solutions anymore and then extend corporate use to the home.

Made the early mistakes
Along with determination, innovation, and advantages is the recognition that Microsoft can do some very stupid and self-defeating things. But the company has been in the tablet space for decades. In fact, you could argue that one reason Apple knew what would work is because Microsoft did so much of the advance work to eliminate what wouldn't. It may finally have gotten many of the mistakes out of its collective system.

The company still faces big odds. Competing with its own hardware partners could prove sticky, at best. But all of them are either using or experimenting with other operating systems, so the days of unquestioned fealty are over, and it may be that the conditions are right for Microsoft to move ahead with a tablet of its own. Again, by no means would this be an easy win, but it's also far from a sure bet loser.