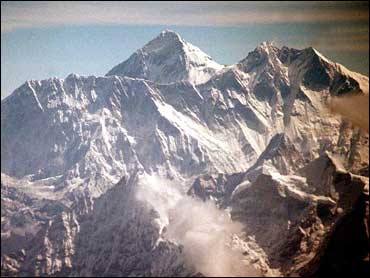 A 63-year-old Japanese woman died while descending Mount Everest after making it to the top of the world's highest mountain, her tour guide company said Friday.

The woman, Shoko Ota, had made it to the summit with a guide and a fellow climber Thursday, Tokyo-based Adventure Guides Co. said in a statement.

But Ota became unable to move and lost consciousness during their descent, about 1,100 feet from the summit of the 29,000-foot mountain.

The team's leader, Kenji Kondo, later confirmed that Ota had stopped breathing and lost her pulse. Kondo, who is also the president of Adventure Guides, reported the death by satellite phone to the company's Tokyo office.

Adventure Guides did not have details about the circumstances of Ota's death and haven't been able confirm the cause.

The other members of the group were in good health and have reached a camp part of the way down the mountain, the company said. Ota's body remains near the summit.

Ota had previously climbed Mount Cho-Oyu, a 26,900-foot-high peak in the Himalayas, with Adventure Guides in October 2002. Kyodo News reported she started mountain climbing in her 40s.

The tour was Adventure Guides' first to Everest.

Since the peak was first scaled by New Zealander Edmund Hillary and Sherpa Tenzing Norgay in 1953, at least 1,300 people are believed to have made it to the summit. Nearly 200 have died in the attempt.

Almost 100 climbers and their Sherpa guides are on the mountain attempting the climb before the end of the spring climbing season later this month.