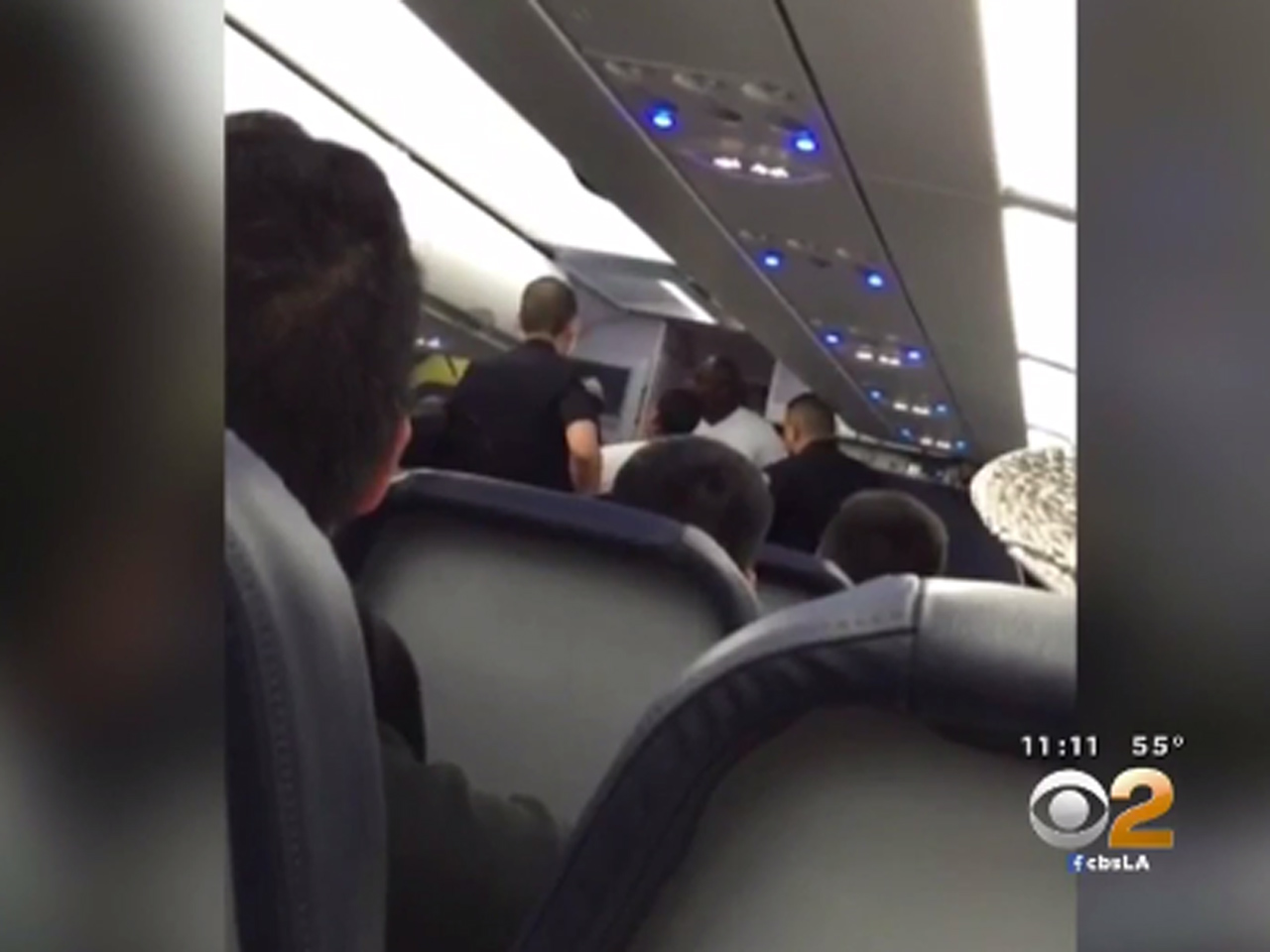 LOS ANGELES -- Several passengers kicked off a Spirit Airlines plane at Los Angeles International Airport Monday night accused a flight attendant of discrimination, reports CBS Los Angeles. The travelers said they were singled out and booted off the aircraft because they are black.

"I'm really humiliated just for the simple fact that you hear about this type of stuff happening in America, discrimination issues and stuff like that, but to actually experience it first-hand... " said passenger Alexandria Wright.

Witnesses told CBS Los Angeles the passengers were removed from Flight 868 after a white flight attendant accused a member in the group of being a threat.

But cell phone video provided by Wright shows the man involved in the dispute over the seat telling police there were witnesses to prove the flight attendant had been rude.

In a statement to CBS News, Spirit said, "Four passengers became unruly and were causing trouble with other passengers. Flight crew asked them to stop. When they did, not law enforcement was called and they were removed from the flight."

CBS Los Angeles put the number of passengers shown the door at 6, as did one of the irate passengers.

It started with confusion over a seat, which the travelers claimed was double-booked. Then police came and escorted three couples, all black, off the plane.

"It was more than just us having the conversation. Why is that six black people got kicked off the plane?" Wright asked.

The flight left for Dallas at 8 p.m. local time Monday without those six passengers, who said they were had not been rebooked as of 11:30 p.m.

After arriving at Dallas/Fort Worth International Airport, witnesses from the flight told reporters the banned passengers were being disruptive.

Couple fights off attacking bear with kitchen knife, gun inside home
Thanks for reading CBS NEWS.
Create your free account or log in
for more features.
View CBS News In
CBS News App Open
Chrome Safari Continue
Be the first to know
Get browser notifications for breaking news, live events, and exclusive reporting.