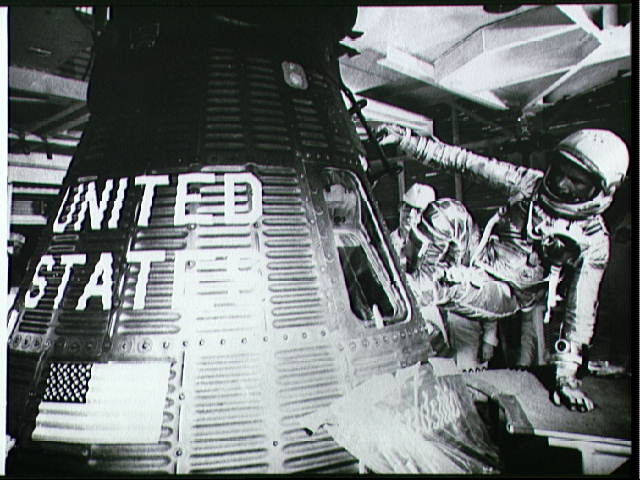 As far as the United States was concerned, John Glenn's Feb. 20, 1962, flight aboard Friendship 7 could not have been more important.

Less than a year earlier, Soviet cosmonaut had become the first human in space, and by the time of Glenn's launch, Americans Alan Shepard and Gus Grissom had already made their way into the heavens, if only briefly.

But with his 4 hour, 56 minute flight, Glenn became the first American to orbit the Earth, doing so three times at an altitude of up to 162 statute miles and speeds of up to 17,500 miles an hour, finally returning home with a successful splashdown in the Atlantic Ocean, 800 miles off Bermuda.

It was no accident that Glenn was chosen to be first to orbit the planet. As a U.S. Marine, he flew 59 combat missions in World War II and later flew 63 more during the Korean War.

He became known as one of the best test pilots in the country, and in 1957, prior to being chosen one of the seven Mercury astronauts who would take on the Russians in the new space race, Glenn flew to New York from Los Angeles in 3 hours and 23 minutes, becoming the first pilot to make a transcontinental flight averaging above the speed of sound.

As part of the Mercury program, he specialized in cockpit layout and control functioning, including some of the early designs for the Apollo Project, according to NASA.

Being the first to orbit the Earth made Glenn a worldwide celebrity, and partly based on that notoriety, Ohio voters sent him to the United States Senate in 1974, where he served six terms before retiring in 1999.

But before he retired, he was able to become a two-time astronaut, joining the crew of space shuttle Discovery mission STS-95 in 1998 for a 9-day, 3.6-million-mile mission that, among other things, "supported a variety of research payloads including deployment of the Spartan solar-observing spacecraft, the Hubble Space Telescope Orbital Systems Test Platform, and investigations on space flight and the aging process," according to NASA.

Just months after his retirement from the U.S. Senate, NASA honored its hero by renaming the Lewis Research Center in Cleveland, Ohio, the NASA John H. Glenn Research Center at Lewis Field.

Now, 50 years after Glenn's first trip into space, NASA and the country as a whole are celebrating his crucial mission--a worthy reward for an American who put his life on the line for his country, and who devoted his career to constantly breaking new ground and embodying the right stuff

Feeding America projects 1 in 6 people, including 1 in 4 children, are experiencing food insecurity in 2020.

California has paid out at least $140 million in benefits and at least 158 claims have been filed for 133 inmates on death row, according to Sacramento County District Attorney Anne Marie Schubert.