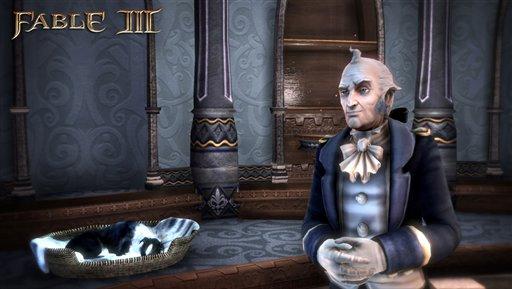 A packed commuter train jumped the tracks in western Japan on Monday and rammed into an apartment complex, crumpling passenger cars into twisted metal. At least 50 people were killed and 417 injured in the deadliest rail accident here in four decades.

Investigators immediately focused on whether excessive speed or the actions of the driver caused the crash in an urban area near Amagasaki, about 250 miles west of Tokyo.

The investigation is really focusing on the driver, reports CBS News correspondent Barry Petersen. This was a young, inexperienced driver -- he'd been on the job less than a year. Train drivers in Japan are under intense pressure to get to the stations exactly on time. To be late is to be in trouble with your boss, and this train was running late.

The 23-year-old driver had overshot the stop line at the last station before the accident.

The tracks do have safety equipment that will slow the trains down even if the driver does not, but in this case the equipment was not working, Petersen reports. This is one of the oldest tracks in Japan, and that surely will also be a focus of the upcoming investigation.

Rescuers were trying to free four people found alive in the wreckage more than nine hours after the crash, said Yoshiki Nishiyama of the Amagasaki fire department. They were trapped in one of the two worst-damaged cars, but their conditions were unknown.

The seven-car commuter train was carrying 580 passengers when it derailed at 9:18 a.m., wrecking an automobile in its path before slamming into a nine-story apartment complex just yards away. Two of the five derailed cars were flattened against the wall of the building, and hundreds of rescue workers and police swarmed the wreckage and tended to the injured.

"There was a violent shaking, and the next moment I was thrown to the floor ... and I landed on top of a pile of other people," passenger Tatsuya Akashi told NHK. "I didn't know what happened, and there were many people bleeding."

The Amagasaki Fire Department said at least 50 people were killed. It was not clear how many of the dead were passengers or if bystanders or apartment residents were among the victims. Train operator West Japan Railway Co. said at least 343 people had been taken to hospitals.

The accident was the worst rail disaster in nearly 42 years in Japan, which is home to one of the world's most complex and heavily traveled rail networks. A three-train crash in November 1963 killed 161 people in Tsurumi, outside Tokyo.

Monday's accident was under investigation. "There are many theories but we don't know for sure what caused the accident," Chief Cabinet Secretary Hiroyuki Hosoda said. "The prime minister instructed us to respond with urgency."

Survivors said the force of the derailment sent passengers tumbling through the inside of the cars. Photos taken by an NHK reporter aboard the train showed passengers piled on the floor and some clawing to escape from the busted shells of the cars. The derailed train cars had smashed into the first-floor parking garage of the apartment complex, NHK said.

Investigators struggled to come up with reasons for the crash. Tsunemi Murakami, the train operator's safety director, estimated that the train would have had to have been going 82 mph to have jumped the track purely because of excessive speed.

He said it still was not certain how fast the train was running at the time of the accident. The crash happened at a curve after a straightaway, requiring the driver to slow to a speed of 43 mph, Murakami said.

"If the train hadn't hit anything before derailing ... the train was probably speeding. For the train to flip, it had to be traveling at a high speed. I would say it was going 50 kph (31 mph) above the speed limit," Kazuhiko Nagase, a Kanazawa Institute of Technology professor and train expert, told NHK.

"Our most important task now is to rescue the passengers from the accident and we are doing our best," West Japan Railway Co. President Takeshi Kakiuchi told reporters.

NHK reported that the automatic braking system at that stretch of track is among the oldest in Japan. The system stops trains at signs of trouble without requiring drivers to take emergency action, but the older system is less effective in halting trains traveling at high speeds, NHK said.

The driver's inexperience may also have been a factor. He only had 11 months on the job. He had committed a previous overrun at a station in June 2004 and was issued a warning, officials said.

Authorities mobilized for a speedy rescue. The central government in Tokyo dispatched Self-Defense Force soldiers to the disaster scene to assist.

Deadly train accidents are rare in Japan. Five people were killed and 33 were injured in March 2000, when a Tokyo subway hit a derailed train. An accident killed 42 people in April 1991 in Shigaraki, western Japan.