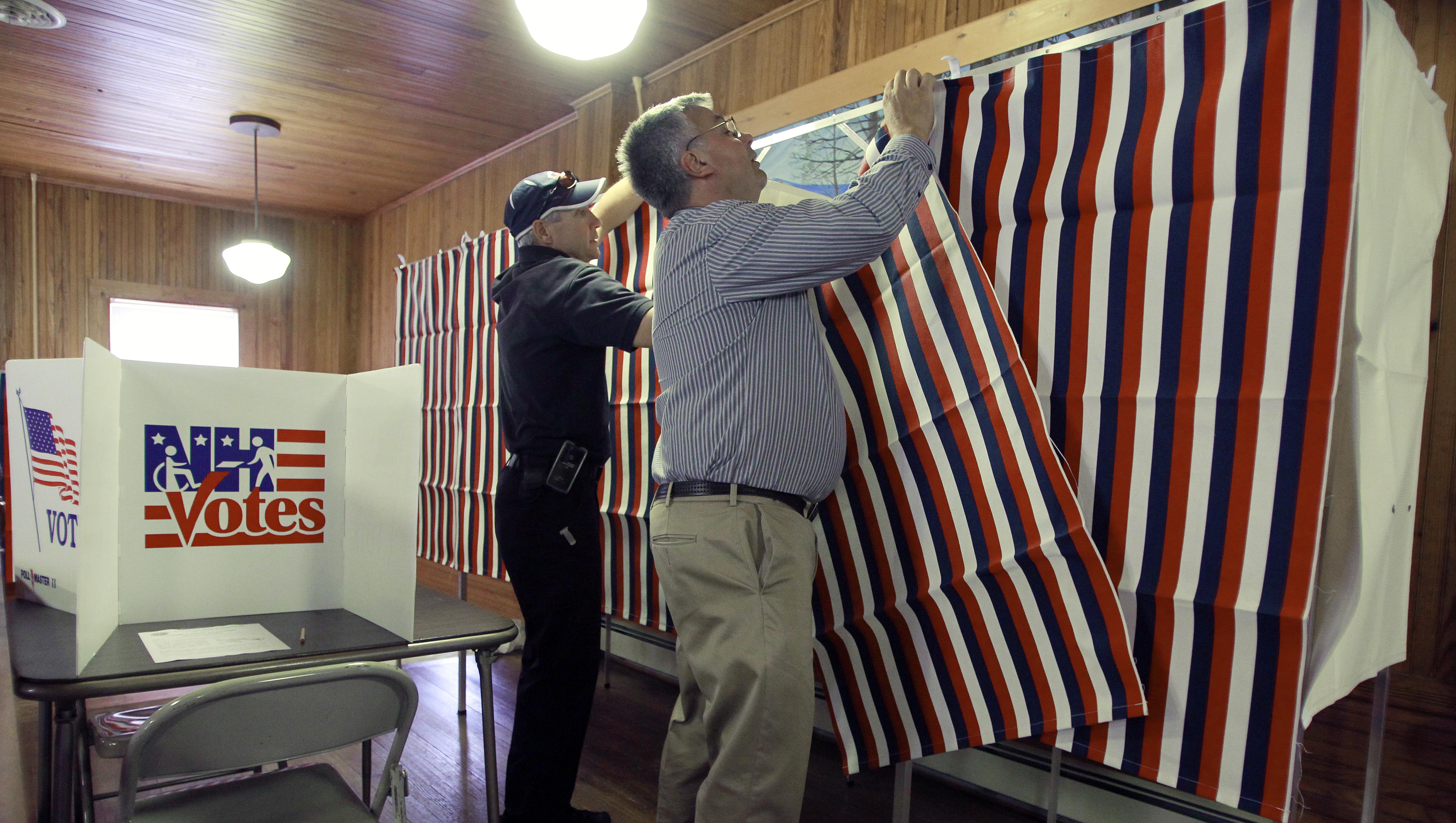 More than six months after Texas kicked off the midterm election cycle, voters in five states will head to the polls on Tuesday to wrap up the 2014 primary season. Though the races in New Hampshire, Massachusetts, New York, Rhode Island and Delaware are short on competitive intra-party Senate battles, there are plenty of other compelling storylines.

Here are five primary races to keep an eye on:

What's one way for a powerful incumbent to deal with an unwelcome primary challenger?

That's the model Andrew Cuomo's campaign has deployed in fending off Fordham University law professor Zephyr Teachout, who has been running to the Democratic governor's left.

The strategy was on its most vivid display Saturday when Teachout attempted to greet Cuomo at a New York City parade but was repeatedly boxed out by one of the governor's aides as Cuomo appeared determined to ignore his opponent.

Teachout's candidacy is built on the premise that the incumbent is too close to Wall Street and Republican lawmakers -- a perhaps difficult tack given Cuomo's progressive bona fides highlighted by the same-sex marriage law and tough new gun control legislation he pushed through in Albany.

Cuomo is expected to cruise to victory on Tuesday, but Teachout's candidacy has been a nuisance to the first-term governor.

Cuomo began only this past weekend to campaign actively for re-election, and he suggested to the Washington Post that he could simultaneously be a "liberal Democrat" and a "moderate Democrat."

The big statewide story in Massachusetts has been Attorney General Martha Coakley's bid to win the governorship four years after she fell to Scott Brown in the marquee race to succeed Ted Kennedy in the Senate.

But with Coakley appearing set to cruise to an easy primary win, attention in the state has shifted to the 6th Congressional District, where incumbent Democrat John Tierney is facing the most difficult primary challenge of his 18-year tenure in the U.S. House.

Four Democrats are running against Tierney, but the one who seems poised to give him a serious run for his money is Marine combat veteran and Harvard graduate Seth Moulton.

Running as a fresh face hoping to take advantage of voter frustration with entrenched Washington power, Moulton has been endorsed by both the left-leaning Boston Globe and right-leaning Boston Herald.

Moulton recently forced Tierney to acknowledge him in a TV ad after his own 30-second spot, which challenged Tierney's effectiveness, appeared to have an impact.

After a brief public flirtation with a 2016 presidential bid, former Massachusetts Sen. Scott Brown instead decided to head across the border to run for a Senate seat this year in New Hampshire.

Brown's campaign has tried to downplay expectations for how large his likely victory will be over former U.S. Sen. Bob Smith and former state Sen. Jim Rubens, arguing in a public memo that any plurality would be grounds to celebrate.

But Brown has had an enormous financial edge over both of his Republican opponents, as well as the tacit support of the GOP establishment in and out of the state, as Smith has failed to garner much traction in his bid to recapture his old seat.

Brown likely needs to break 50 percent in order for his primary campaign to rightfully claim it met expectations heading into the general election battle against incumbent Jeanne Shaheen.

For Brown to have a strong shot at returning to the Senate and perhaps bringing with him a new Republican majority, his campaign will need a jolt -- something a resounding victory in Tuesday's Republican primary could help him accomplish.

Though an August WMUR/UNH survey showed the former Massachusetts senator edging within two points of Shaheen, Brown has not led in a single public poll since he entered the race and trails Shaheen by 5.4 percentage points in the latest RealClearPolitics average of polls.

Democratic incumbent Maggie Hassan appears to be in strong position to win re-election, but the Republican contest for the right to face off against her remains one to watch.

Back in July, RCP profiled Andrew Hemingway -- a 32-year-old entrepreneur and presidential campaign veteran who is running against businessman Walt Havenstein, the frontrunner on the GOP side.

Havenstein has won the backing of Republican Governors Association Chairman Chris Christie and other national party leaders and, as a partially self-funded candidate, he's enjoyed a large financial edge over Hemingway.

But Hemingway has sparked enthusiasm among Tea Party groups, and some New Hampshire GOP strategists believe the race could be relatively close. If Hemingway is able to exceed expectations (or even pull off the upset) it will suggest that the grassroots right remains highly mobilized in New Hampshire -- a factor that will weigh heavily as the GOP presidential race kicks into gear early next year in the first-in-the-nation primary state.

Pell, who is married to former Olympic figure skater Michelle Kwan, has used images of his famous wife and grandfather in his campaign ads and has contributed more than $3.4 million of his own money to his campaign.

But Rhode Island General Treasurer Gina Raimondo has outraised both Pell and Providence Mayor Angel Taveras. Raimondo, who is vying to become the state's first female governor, also has a small lead over her Democratic opponents in recent polls.

The winner of the primary will go on to face either businessman Ken Block or Cranston Mayor Allan Fung in the general election.

Scott Conroy is a national political reporter for RealClearPolitics. He can be reached atsconroy@realclearpolitics.com.

How the GOP could shake up U.S. energy policy
More
Scott Conroy