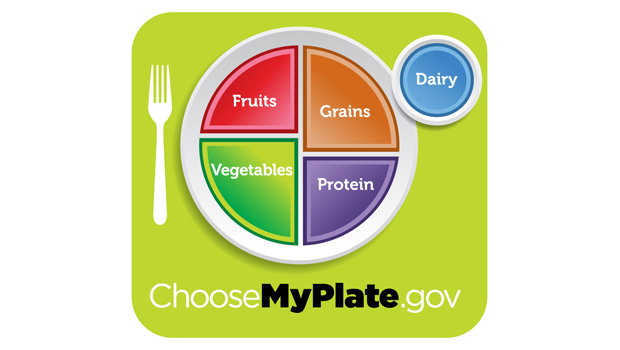 WASHINGTON -- You've heard it before: Eat fewer calories, more fruits and more vegetables. Those recurring themes as well as some new advice about sugar, salt, meat and caffeine could be part of the government's upcoming dietary guidelines for healthy eating.

Whether individuals listen or not, the dietary guidelines affect nutritional patterns throughout the country -- from federally subsidized school lunches to labels on food packages to your doctor's advice. They also form the basis for the government's "My Plate" icon, which replaced the food pyramid a few years ago.

A government advisory committee made up of medical and nutrition experts is set to issue preliminary recommendations this month. It indicated in draft recommendations circulated in December that it may suggest some changes in current dietary advice.

The secretaries of the Agriculture and Health and Human Services Departments will take those recommendations into account as they craft the final 2015 guidelines, expected by the end of the year.

Five things to watch for as the government begins writing the new guidelines:

The 2010 dietary guidelines recommended generally reducing caloric intake from sugars added during food processing or preparation. Those sugars act the same in the body as naturally occurring sugars, but add empty calories.

In its draft recommendations, this year's advisory committee is suggesting specific limits on added sugars for the first time, advising that only 10 percent of calorie intake come from added sugars. That's about 50 grams of sugar, or 12 teaspoons a day, for a person eating a normal diet, according to the nutrition advocacy group Center for Science in the Public Interest.

Currently, Americans get about 16 percent of their total calories from added sugars, much of it from sugary drinks.

The Food and Drug Administration proposed last year that added sugars be included in the nutrition facts labels on food packages.

HOW MUCH SALT IS TOO MUCH

Lowering sodium is important for heart health, and the 2010 dietary guidelines recommend reducing sodium intake to less than 2,300 milligrams a day, reducing that to 1,500 milligrams for people who are 51 and older, African-American or those who have hypertension, diabetes or chronic kidney disease. Those subgroups amount to about half of the population.

While the committee's draft recommendations appear similar, it is unclear if their advice on sodium will be as strong as the 2010 guidelines. A 2013 report by the Institute of Medicine said that while lowering salt intake is important for health, there is no good evidence that eating less than 2,300 milligrams a day of sodium offers benefits.

The dietary guidelines advisory panel noted that years of public pressure to lower sodium levels has not had much effect. The average American consumes more than 3,400 mg of sodium a day, or about 1 1/2 teaspoons.

Current guidelines advise that people eat a variety of proteins, including lean meats. The beef industry in particular has expressed concern that the panel's recommendations will no longer encourage eating lean meats.

After that meeting, the National Cattlemen's Beef Association sent out a statement by doctor and cattle producer Richard Thorpe calling the committee biased and the draft meat recommendations absurd. He said lean beef has a role in healthy diets.

The advisory committee indicated it may propose guidelines that would urge pregnant women to limit caffeine intake. The 2010 guidelines don't address caffeine use.

The panel said it supports advice from medical organizations that pregnant women limit caffeine to less than 200 milligrams a day, or around two cups of coffee.

"Limited evidence suggests that moderate caffeine intake is associated with a small increased risk of miscarriage, stillbirth, low birth weight, and small for gestational age births," the committee said in its draft recommendations.

ROLE OF THE ENVIRONMENT

Over the past year, the committee has discussed the idea of including sustainability as a dietary goal. The advisory panel said in its draft recommendations that there is "compatibility and overlap" between what is good for health and what is good for the environment.

The committee has framed the issue in terms of ensuring food access for future generations, and also what foods are healthiest.

Guidelines addressing the environment could be another blow for the meat industry. A diet higher in plant-based foods and lower in animal-based foods is "more health promoting and is associated with lesser environmental impact than is the current average U.S. diet," the draft recommendations said.