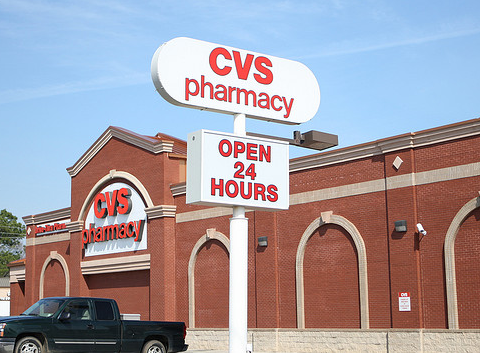 This article is part of a package on shopping at CVS. Read the other article, on 5 things not to buy at CVS.

With 7,100 locations in 45 states, chances are there's a CVS right around the corner from you. Maybe there are two or three. Millions of us get prescriptions filled there, of course. But in recent years, drug stores like CVS and Walgreens have significantly beefed up their offerings to get shoppers to come back more often, as well as to make up for profits being squeezed by third-party drug plans. Which means CVS — which actually was born as a convenience store, not a pharmacy — now sells everything from toys and bungee cords to salads and crock-pots.

For many everyday items, such as nail polish, candy, and light bulbs, there isn’t a ton of difference in selection or price between CVS, the largest pharmacy chain by stock market value, and competitors such as Walgreens, the largest chain by number of stores. In fact, “best price” on any item is a moving target, shifting among retailers week to week depending on promotions or specials, which is why all of the prices cited below are non-sale prices. But we were able to identify the five items below where CVS was consistently out in front of its rivals for value, selection, and convenience.

In a test of 21 paper towels in 2009, CVS ‘s store-brand Big Quilts was one of only three recommended by Consumer Reports for its ability to scrub and hold water. It even bested Bounty’s Extra Soft, which sells for several times more. And CVS’s normal price on regular Bounty ($7.99 for an eight-pack) was significantly better than Walgreens’ ($11.49 for six rolls).

With 454 walk-in MinuteClinics in 26 states, CVS has by far the most convenient care clinics in the country (Walmart has about 117, while Target just opened its 37th clinic.) A stop there can save you a trip to the emergency room or from having to schedule a doctor visit. And a RAND corporation study found that the clinics provide care comparable to that of a private physician and in some cases better than the ER. You’ll pay about $79 to $89 for a nurse practitioner to treat a host of minor illnesses (e.g., chicken pox and bladder infections) and injuries (e.g. ankle sprains and corneal abrasions). Labs and tests for things like pregnancy and strep throat cost from $15 to $33. That’s much less than the $199 average cost for a visit to a private physician, or the whopping $569 average cost for an ER visit. The clinics are open seven days a week and accept insurance.

Many CVS brand products in this category have virtually the same ingredients — and look-alike packaging — as their higher-priced brand-name counterparts. For example, Aveeno 12 oz. moisturizing lotion with natural colloidal oatmeal cost $10.49, while the nearly identical CVS product was $7.79, a savings of 25 percent (The CVS brand also beat Walgreens’ and RiteAid’s prices on the product.) Similarly, the popular St. Ives medicated apricot facial scrub sells for $4.49; the CVS brand, $2.99. “This is not something the beauty industry is necessarily thrilled about,” says Kristen Giordano, executive editor of TotalBeauty.com, which reviews beauty products. Look for competitive prices on store-brand cold and flu products, as well, in the wake of Walgreens recently announced campaign to promote its store-brand remedies.

Pick up that extra quart without concern. Two years ago, CVS had some issues with selling milk and other products past their due dates, but the company reached a settlement and has since taken pains to ensure the freshness of its dairy products. A recent examination of several CVS stores in southern California revealed that expiration dates on milk were four days further out than local supermarkets. And prices were cheaper as well. A half-gallon of lowfat 1 percent milk cost $1.99 at CVS, versus $2.29 at the Albertson’s supermarket chain. And a full gallon was $2.89 at CVS versus $3.99 at Albertson’s.

Here comes Peter Cottontail, and he’s looking for good prices on chocolate eggs. In anticipation of the Easter holiday, a CVS in Marina del Rey, Calif., recently carried 17 different shapes and sizes of chocolate bunnies costing from 99 cents to $19.99, as well as a dozen baskets, stuffed animals, plastic eggs, peeps, and plush bunnies, all at competitive prices. Baskets pre-filled with grass, toys and candy were ready to go for $12.99. No need to go on an Easter Egg hunt here to find what you’re looking for.