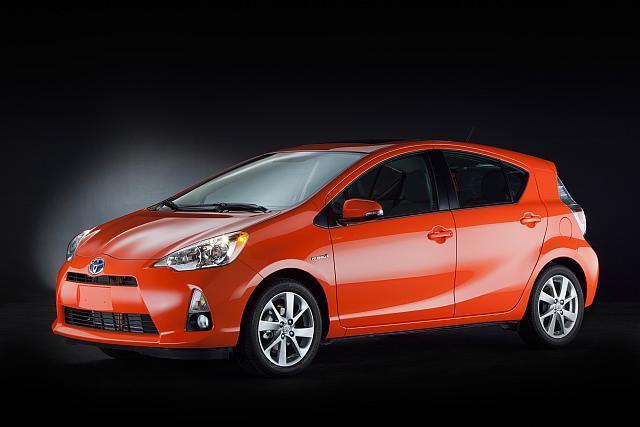 (MoneyWatch) Consumer Reports has picked popular new cars it cautions shoppers to avoid because of poor test drive results or subpar reliability. And the list contains some surprises: The Honda Civic and Prius C small hybrid.

Traditionally, Toyota and Honda vehicles have scored well with CR's test drivers and in reliability and usually have been recommended. But the testers this time found a lot to dislike with the Civic and Prius C. The rest of the top five models to avoid are more typical of past CR lists: The Jeep Liberty, Ford Edge and Dodge Grand Caravan minivan.

Here is a more detailed look at CR's critiques of these five models:

1) Honda Civic While conceding that the Civic remains reliable with good gas mileage, CR test drivers criticized Honda's 2012 redesign. "The current model suffers from a choppy ride, noisy cabin, vague steering and mediocre interior quality," they say in the September issue of the magazine, also available on the magazine website to subscribers. The magazine recommends as compact car alternatives the Subaru Impreza, Hyundai Elantra and Mazda3.

2) Toyota Prius C Starting at $19,564 and with mileage ratings of 53 MPG in city driving and 46 on the highway, this smaller extension of the Prius family has been a sales success for Toyota after its introduction this year. CR continues to recommend the full-size Prius but says that in the C "all-around quality really drops." The magazine criticizes a stiff ride, noisy cabin and slow acceleration. The Honda Fit is cited as a good alternative.

3) Jeep Liberty While acknowledging superior off-road performance typical of Jeeps, CR testers liked the Liberty a lot less when it drove out of the woods and onto the road. "On pavement the its ride is unsettled and handling clumsy," they said. "The interior is cramped and cheap-feeling and the engine is noisy and thirsty." They suggest the Toyota RAV4 and Subaru Forester as alternatives.

Pictures: Hottest rides from the Beijing auto show
Made in USA: 5 of the best cars built here
New cars a better deal than used ones

4) Ford Edge The unusual boxy styling and grooved sides have their partisans among Edge owners. But CR says the styling doesn't offset the disadvantages of the Edge. They cite a jittery ride, pronounced road noise and distracting controls. The CR testers give another whack here to the MyFordTouch infotainment system, which they have consistently criticized (as have many Ford owners). They suggest as alternatives the Toyota Highlander, Nissan Murano and Mazda CX-9.

5) Dodge Grand Caravan Chrysler Group, parent of Dodge, invented the minivan and still sells a lot of them. In this case, the test drive is not the problem, with the magazine describing the vehicle as versatile, quiet, comfortable and well-equipped. Instead, it is all about reliability. CR's survey of owners turned up reports of squeaks and rattles, loose interior trim and problems with power equipment and sliding doors. CR suggests the Toyota Sienna as a more reliable minivan alternative.