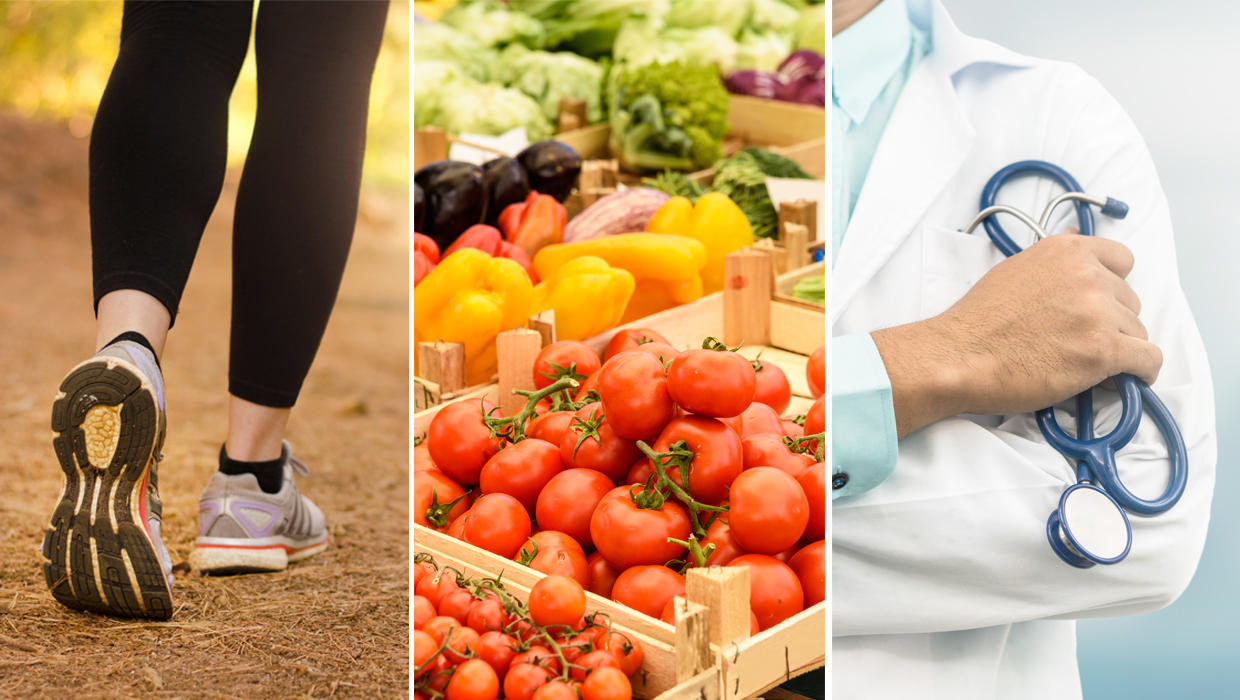 Americans could add years to their lives with just a handful of healthy habits, a large, new study suggests.

Right now, the typical 50-year-old American can expect to live another 30 to 33 years, according to government statistics. But based on the new study, those who maintain five lifestyle habits could add roughly a decade to that life expectancy.

The key factors include the usual suspects: not smoking; eating healthy; exercising regularly; maintaining a normal weight; and drinking only in moderation.

But researchers said the new findings put those lifestyle choices in a different perspective.

"Our findings have significant public health implications, because they demonstrate the great potential of diet and lifestyle changes in improving life expectancy," said senior researcher Dr. Frank Hu. He is chair of nutrition at the Harvard School of Public Health.

"These five things can empower every one of us to make a huge difference," she said.

The habits are also realistic, Steinbaum noted. For example, moderate exercise -- such as brisk walking for 30 minutes a day -- was enough.

"That isn't a crazy amount of exercise," Steinbaum said. "It doesn't require you to join a gym."

Unfortunately, few Americans stick to that magic five. According to Hu's team, only 8 percent of U.S. adults in recent years have met all five goals.

The United States also lags behind nearly all other wealthy nations when it comes to longevity -- ranking 31st in the world for life expectancy at birth in 2015, according to the World Health Organization.

The new findings come from two studies that have followed over 123,000 U.S. health professionals since the 1980s. Over the years, the participants gave detailed information on their diets, exercise habits and other lifestyle factors.

By 2014, just over 42,000 participants had died. The Harvard team looked at how the five lifestyle factors figured into people's longevity. They also used government health data to estimate the impact of those factors on the U.S. population's life expectancy.

On average, the researchers found, people who adhered to the five healthy habits were 74 percent less likely to die during the study period, versus those who maintained none of those habits.

"Regular" exercise meant moderate or vigorous activity for at least 30 minutes a day. Moderate drinking meant no more than one alcoholic drink per day for women, and no more than two per day for men.

Meanwhile, people were considered to have a "healthy" diet if they scored in the top 40 percent on a standard measure called the alternate healthy eating index.

Hu said he couldn't give any precise descriptions of what those healthy diets looked like.

But, he said, the scoring system gives people points for eating vegetables, fruit, whole grains, beans, fish and poultry, and "good" fats from sources like olive oil and nuts. They are also rewarded for minimizing added sugar, red meat and sodium.

The outlook was much different for women and men who'd achieved none of those lifestyle goals. They could expect to live another 29 and 25.5 years, respectively.

It all illustrates how much "personal power" people have, Steinbaum said.

At the same time, she said, not all Americans have equal opportunities to take care of themselves. If you're unable to afford healthy food, or have no safe place to walk for exercise, those "simple" lifestyle measures are not easy.

"This is a public policy issue, too," Steinbaum said. "How can we make healthy food more accessible? How can we make sure people have places to be physically active?"

The study cannot answer the question of whether a 50-year-old who changes her lifestyle can tack years onto her life expectancy. The study participants were between the ages of 30 and 75 at the outset, and Hu said his team assumed that their reported habits had been constant through adulthood.

But, Hu said, previous studies have shown that people can cut their disease risks by adopting healthy habits at any point.

The findings were published online April 30 in the journal Circulation.

What is vasculitis? Ashton Kutcher says he battled rare disease
Thanks for reading CBS NEWS.
Create your free account or log in
for more features.
View CBS News In
CBS News App Open
Chrome Safari Continue
Be the first to know
Get browser notifications for breaking news, live events, and exclusive reporting.