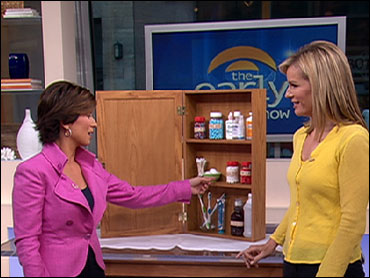 You may unwittingly be a big source of prescription drugs your teen is using. And more often than not, medicine cabinets are their go-to spot of choice.

The Partnership For a Drug-Free America's latest survey has 61 percent of teens reporting prescription drugs are easier to get than illegal drugs, up significantly from 56 percent in 2005. And 41 percent of teens mistakenly believe abuse of medicines is less dangerous than abuse of illegal street drugs.

"One out of every two Americans is on prescription medication. So these drugs are readily available," CBS News Medical Correspondent Dr. Jennifer Ashton told co-anchor Maggie Rodriguez on The Early Show Thursday. "People think they're safe because they're prescribed by a doctor, and more and more teens are turning to the medicine closet to get their drugs of use and abuse."

Ashton went through the five classes of prescription drugs kids get most often in their own homes: