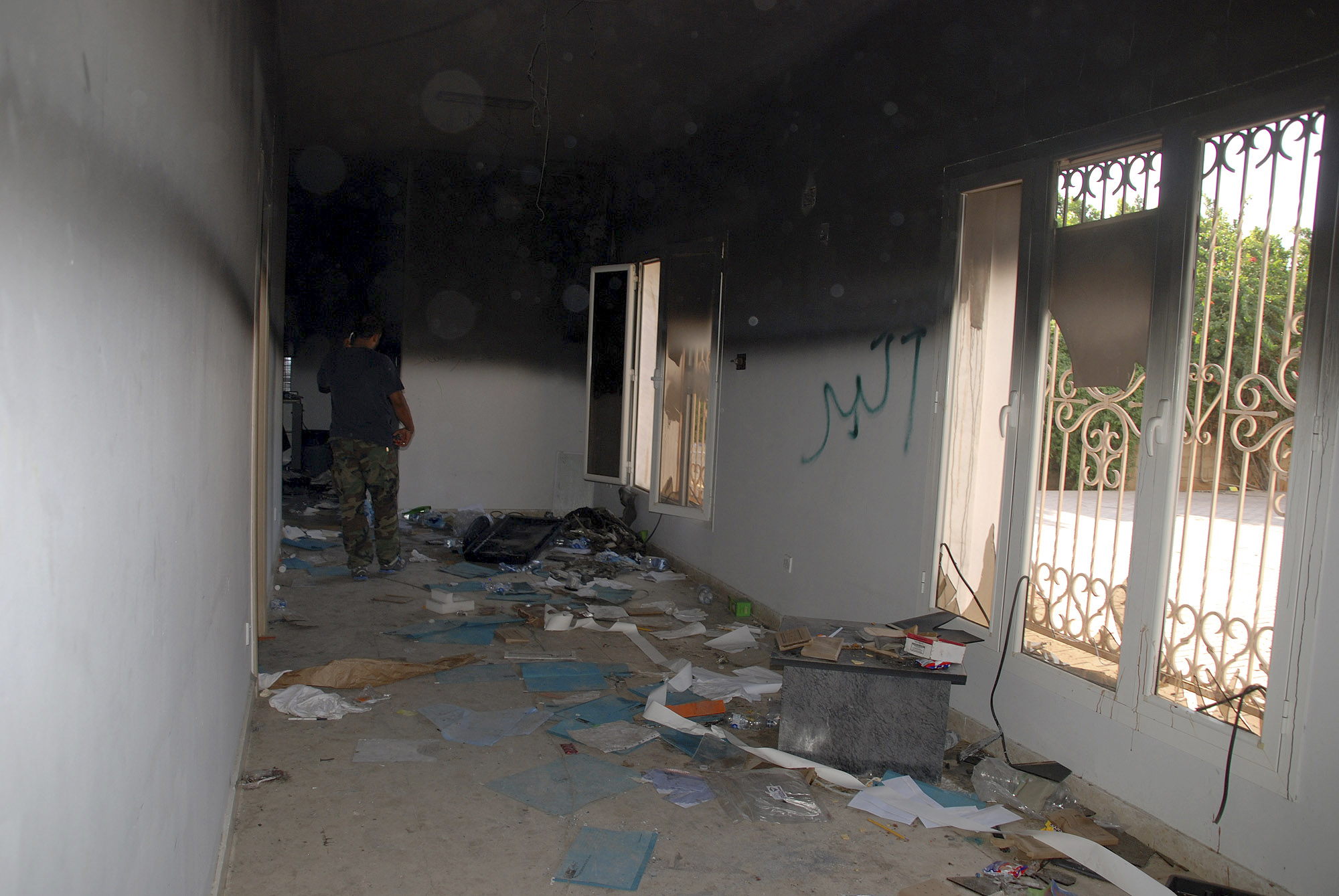 (CBS/AP) A fourth American killed in the U.S. Consulate attack in Benghazi, Libya that also claimed the lives of Ambassador Chris Stevens and two others has been identified.

"Tyrone S. Woods and Glen A. Doherty were both decorated military veterans who served our country with honor and distinction," said Clinton." Our thoughts, prayers, and deepest gratitude are with their families and friends. Our embassies could not carry on our critical work around the world without the service and sacrifice of brave people like Tyrone and Glen.

"Tyrone's friends and colleagues called him "Rone," and they relied on his courage and skill, honed over two decades as a Navy SEAL. In uniform, he served multiple tours in Iraq and Afghanistan. Since 2010, he protected American diplomatic personnel in dangerous posts from Central America to the Middle East. He had the hands of a healer as well as the arm of a warrior, earning distinction as a registered nurse and certified paramedic."

Earlier, Doherty, a former Navy SEAL from a Boston suburb was identified as one of the four Americans who were killed.

Former Navy SEAL Glen Doherty one of 4 Americans killed in attack on U.S. consulate in Libya

"He was on security detail and he was protecting the ambassador and also helping the wounded"' when he was killed, his sister, Katie Quigly told the Boston Globe.

Doherty was a 1988 graduate of Winchester High School.

A third victim has been identified as Foreign Service Officer Sean Smith, an Air Force veteran who had worked as an information management officer for 10 years in posts such as Brussels, Baghdad and Pretoria.

The four Americans were killed when a group of U.S. employees went to the consulate to try to evacuate staff as the building came under attack by a mob wielding guns and rocket propelled grenades. Stevens is the first U.S. ambassador to be killed in an attack since 1979, when Ambassador Adolph Dubs was killed in Afghanistan.