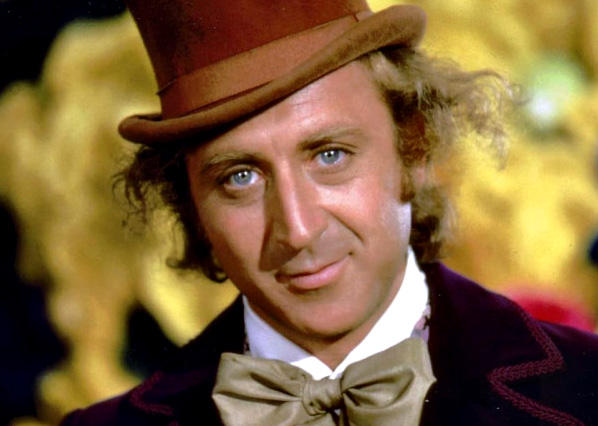 One of late actor Gene Wilder’s most iconic roles was as the titular character in 1971’s “Willy Wonka and the Chocolate Factory,” but Wilder was more than a man who just showed up on set: He was a visionary who took the role very, very seriously.

Here are four things you didn’t know about Wilder’s take on Willy Wonka.

1. He told the director he would only take the role on one condition. In a conversation at the 92Y in New York City in 2007, Wilder said he told the director of “Willy Wonka & the Chocolate Factory” that he wanted to change something in the script.

“‘When the audience sees Willy Wonka for the first time, I want to come out of the door with a cane and limp my way to the crowd ... and then Willy Wonka’s cane gets stuck in a brick and he starts to fall forward and he does a forward somersault, then jumps up; the crowd cheers and applauds,’” explained Wilder. “And the director said, ‘What do you want to do that for?’ and I said ‘Because from that time on, no one will know whether I’m lying or telling the truth.’”

Wilder said the director then said to him, “‘If I say no, you won’t do the picture?’” and Wilder responded, “‘I’m afraid that’s the truth.’”

2. He helped design his costume. Wilder certainly had more sartorial opinions than fans could imagine. In a letter to director Mel Stuart, he requested a few changes be made to the original costume design for Willy Wonka.

Though he liked the design for the most part, he asked for two large pockets to take away from the “feminine line.” He also said, “Slime green trousers are icky. But sand colored trousers are just as unobtrusive for your camera, but tasteful.”

3. Wilder thought the Tim Burton remake was “an insult.” The actor was very unhappy with the 2005 remake of the film.

“It’s probably Warner Brothers’ insult, I think,” he said during the 92Y conversation.​ “I like Warner Bros for other reasons, but to do that with Johnny Depp, who I think is a good actor and I like him ... But I don’t care for that director and he’s a talented man, but I don’t care for him for doing stuff like he did.”

4. Wilder hid his Alzheimer’s so children wouldn’t see an ill “Willy Wonka.” Wilder’s nephew, Jordan Walker-Pearlman, said in a statement, “The decision to wait until this time to disclose his condition wasn’t vanity, but more so that the countless young children that would smile or call out to him ‘there’s Willy Wonka,’ would not have to be then exposed to an adult referencing illness or trouble and causing delight to travel to worry, disappointment or confusion. He simply couldn’t bear the idea of one less smile in the world.”