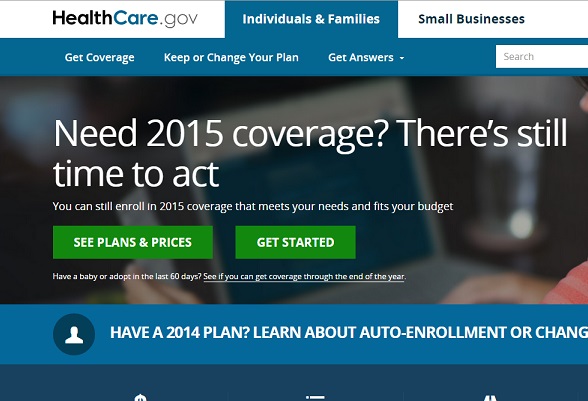 The first 50-state report on the latest sign-up season under President Barack Obama's health care law shows that more than 4 million people selected plans for the first time or re-enrolled in what the administration called "an encouraging start."

More than 3.4 million people enrolled using HealthCare.gov as of Dec. 15, and more than 600,000 people selected plans in the state-run marketplaces, with those figures generally up-to-date through Dec. 13, according to the Department of Health and Human Services report released Tuesday.

The report includes figures for 14 state marketplaces including Washington, D.C., and the 37 states using HealthCare.gov. It doesn't include people who are being automatically re-enrolled in health plans because that re-enrollment process happened on the federal marketplace from Dec. 16 through Dec. 18.

The numbers are significantly larger than during the first month of enrollment last year when HealthCare.gov was plagued with technical problems. The nationwide sign-up total after the first month was 106,000.

Health and Human Services Secretary Sylvia Burwell has set a target of 9.1 million customers signed up and paying premiums in 2015. There's still time to meet the goal. Open enrollment runs through Feb. 15. People enrolling by that date will get coverage starting March 1. Current customers can still make plan changes through Feb. 15.

"Interest in the Marketplace has been strong during the first month of open enrollment," Burwell said in a statement Tuesday. "We still have a ways to go and a lot of work to do before February 15, but this is an encouraging start."

The administration noted that about 87 percent of people who selected health plans through HealthCare.gov will get financial assistance. The health care law provides taxpayer-subsidized private insurance to people who don't have access to coverage through their jobs.