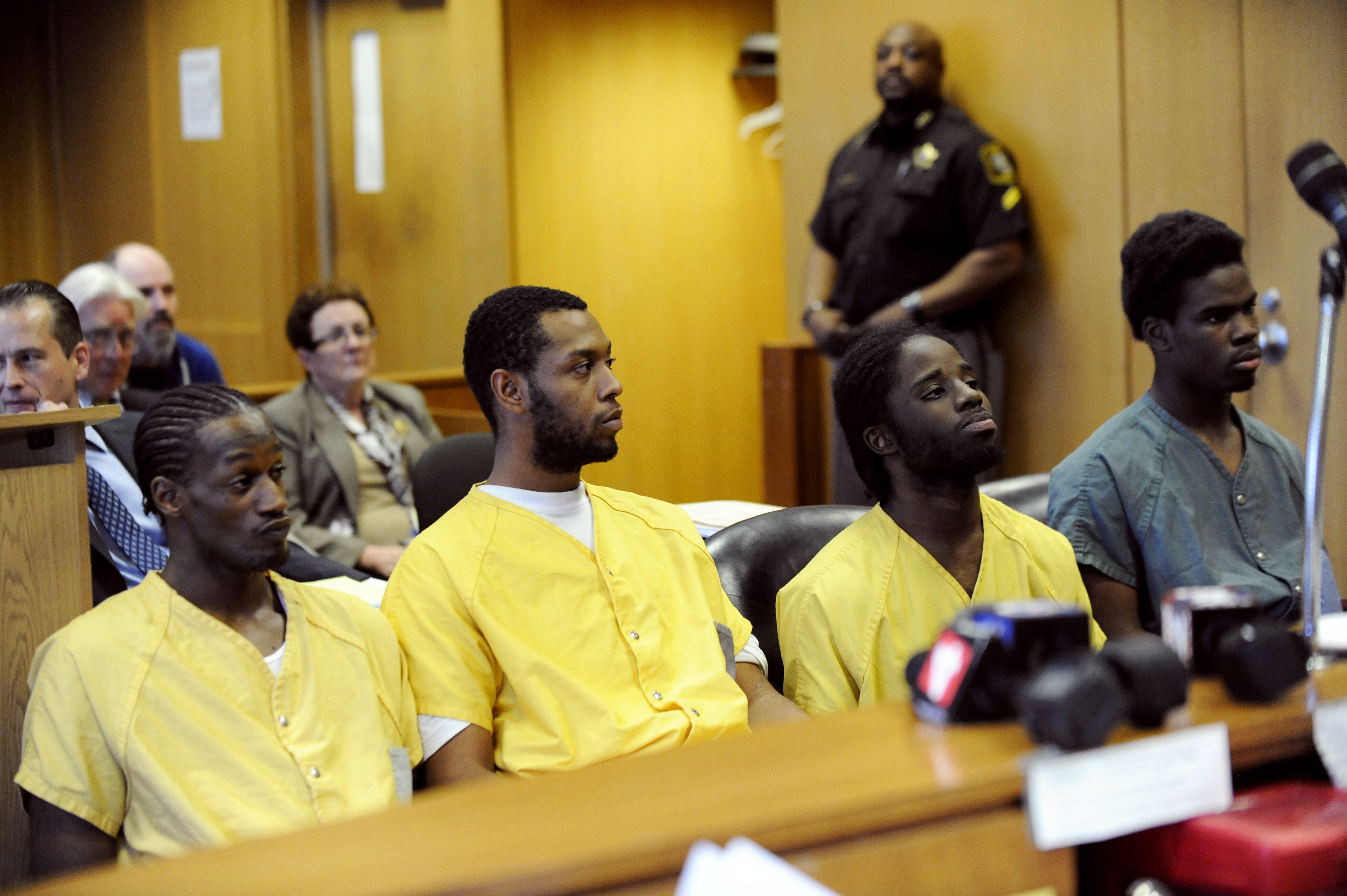 DETROIT - A judge on Monday ordered two separate jury trials for four men charged in the brutal beating of a suburban motorist who accidentally struck a 10-year-old Detroit boy with his pickup truck.

Each man is charged with assault with intent to murder in the April 2 attack on Steve Utash. Along with a 16-year-old boy charged as a juvenile with assault and ethnic intimidation, they are accused of punching and kicking the 54-year-old Utash after he stopped to help the 10-year-old who stepped from a curb in front of the pickup.

Utash is white. Each of his attackers is black. Only the 16-year-old is facing a charge related to race, but authorities have not said what intimidation he used in the attack. His trial is scheduled to start in June.

About 40 friends and family showed up Monday morning in Callahan's courtroom to support Saffold, Cummings, Davis and Wimbush. At the start of the arraignment the judge warned them not to speak out or make any gestures toward the defendants or anyone else in the courtroom or face a $250 fine and a night in jail.

"Be mindful of what I've told you," Callahan said. "If something happens you've got only yourself to blame."

"I know that the community is outraged about what occurred to Mr. Utash, but we want to be fair on both sides," he said.

Utash, a tree-trimmer from Macomb County's Clinton Township, remains hospitalized after suffering severe injuries to his head. The boy struck by the pickup suffered leg and other injuries.

Detroit's black leaders and Mayor Mike Duggan, who is white, have spoken out against the attack. Utash's adult children, other relatives and friends attended an April 10 prayer service at a prominent Detroit church. A vast majority of the several hundred people at the service were black.

Green pointed to early reports that Utash didn't stop immediately after striking 10-year-old David Harris, adding that a black motorist might have suffered the same fate.

"Yeah, he would have got beat up," Green said. "It don't matter what race you is if you hit a little kid and keep going."

Green also described his brother's role in Utash's beating as less than some of the other defendants.

"I guess he only hit the man like twice or three times," Green said. "There were other people that did way more than that."