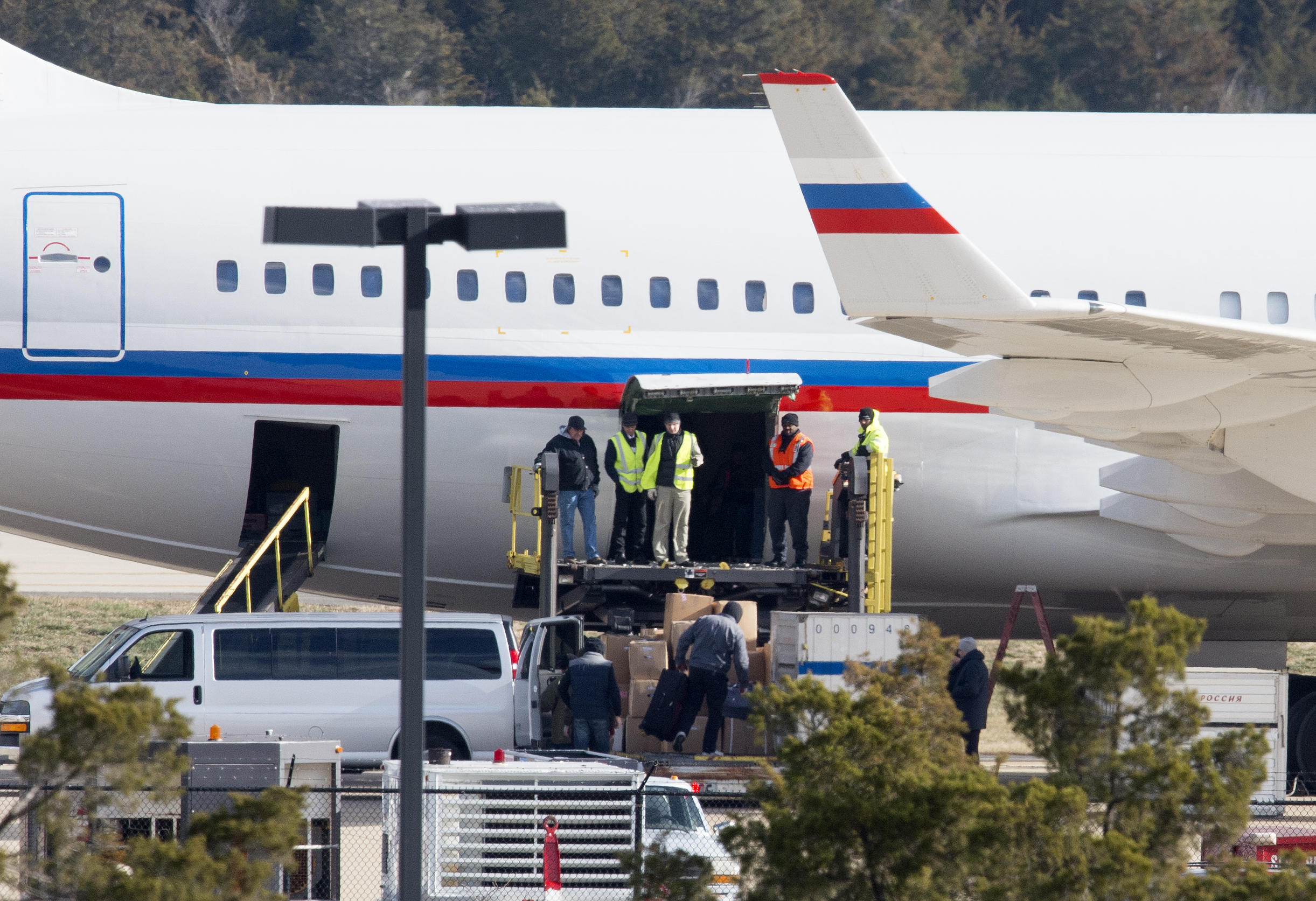 WASHINGTON, D.C. -- The State Department is confirming that the 35 Russian diplomats President Barack Obama ordered out of the country have departed the United States.

Mr. Obama expelled the diplomats, saying they were really spies, and ordered new sanctions on Russian spy agencies for alleged Russian hacking of political sites during the presidential election.

The State Department said Sunday that the 35 Russian diplomats, along with their family members, have left the United States.

The 45-acre Maryland retreat boasts a brick mansion along the Corsica River in the bucolic Eastern Shore region. Reports indicate it was bought by the Soviet Union in 1972 and served as a getaway for its diplomats in nearby Washington.

In New York, Russian diplomatic staff members were evicted from a mansion on Long Island’s Gold Coast. The estate, once called Elmcroft, is in the town of Oyster Bay and was purchased by the Soviets in 1952.

President Obama announced the step Thursday as part of a raft of sanctions that included the expulsion of 35 Russians who the U.S. said were spies operating under diplomatic cover.