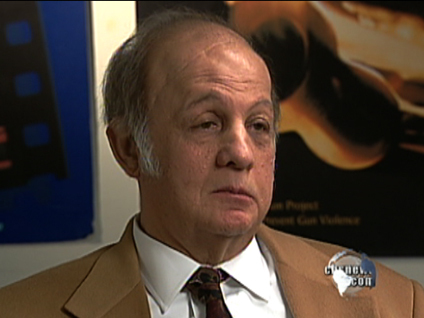 Speaking from the White House press room where he once briefed reporters, Jim Brady reflected Wednesday on the 30th anniversary of the assassination attempt that paralyzed him. In an interview with CBS News senior White House correspondent Bill Plante, he was asked, is President Obama is pushing hard enough for gun control?

"You can never push too hard," said Brady.

The bullet in his brain changed Brady's life forever.

Brady was so seriously wounded that news wires reported his death. A recording was made in the White House Situation Room that day by national security advisor Richard Allen.

"Uh, we've just, we just learned Jim Brady has died," said Allen in the 1981 recording. "We better just have a moment of prayer and silence for Jim Brady. He died."

Brady survived hours of brain surgery, but it was months before he left the hospital.

And despite years of painful therapy, he never walked again.

"I've had good days and terrible days," answered Brady, describing what the last 30 years have been like.

He finds it difficult to talk about what might have been -- but he is not bitter.

When asked what he thinks about when thinking of the dreams and ambitions that he had before the shooting, Brady answered, "That ship has sailed."

He says he tries not to go back there anymore.

Yet, despite it all, Jim Brady still has a sense of humor.

"I've learned that it's smarter to duck," joked Brady.

What keeps Jim Brady and his wife Sarah going is their fight for gun control -- and the way that history keeps repeating itself.

"We had to watch Gabby Giffords going through the same struggle that first couple days that I remember that Jim went through," said his wife, Sarah.

The Bradys believe what they've done has made a difference, but say they're not finished.

"There's a lot more to be done," said Sarah.

Bill answers, "Yes," when asked if he has faith in that.

Faith that he can still make a difference -- with the hand he was dealt.