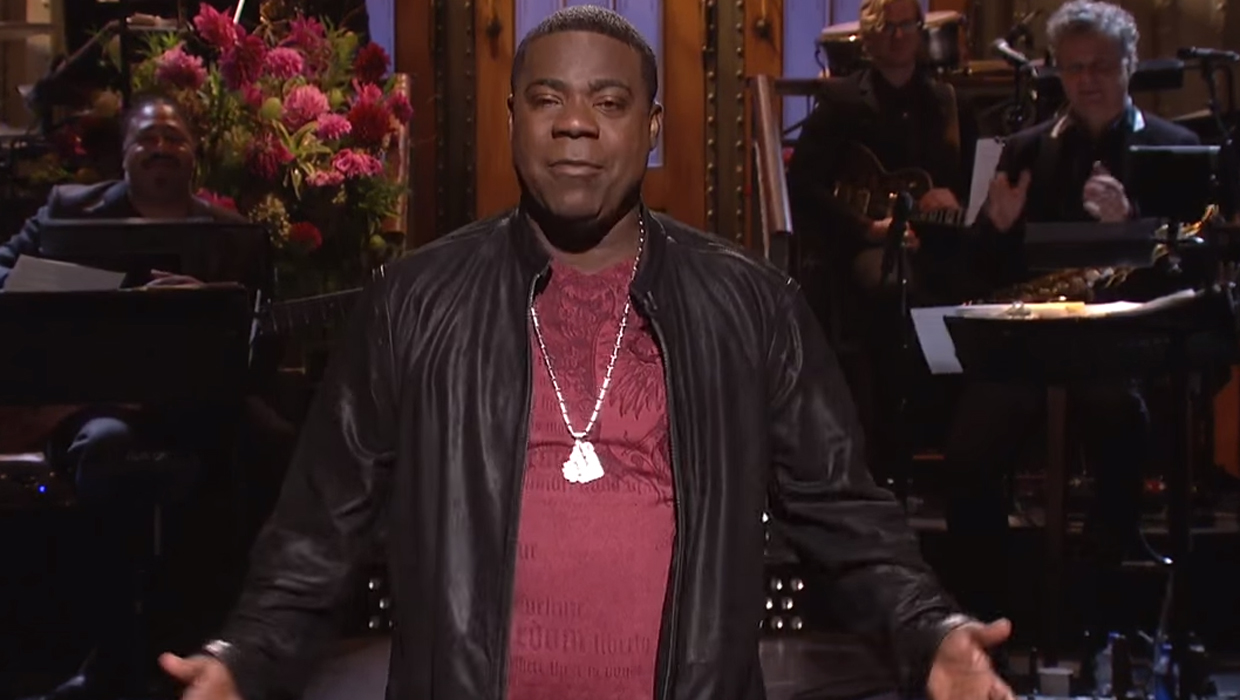 This past weekend's "Saturday Night Live" was a big night of reunions: Former cast member Tracy Morgan came "home" to host the show, and the beloved cast of "30 Rock" came together on the "SNL" stage to make Morgan's return even bigger.

This was the comedian's first on-air performance since a car crash in June 2014 that left him in a coma with several broken bones and a traumatic brain injury. On Saturday, he showed viewers how complete his recovery has been in his monologue. He even joked that he might be a few points higher in terms of mental capacity.

Then, Morgan tossed to an "old" episode of "30 Rock." Tina Fey, Jane Krakowski, Jack McBrayer and Alec Baldwin performed in a parody sketch in which Morgan's character dies for seven minutes after trying to "non-artificially inseminate a box jellyfish."

Fey, Krakowski, McBrayer and Baldwin worry about Morgan, but then he returns in good health, and the sketch becomes serious for a bit.

Fey says to Morgan: "I just want to say one last thing, Tracy, from the heart and this part is no joke. We're so happy that you're okay and we're happier that you're ready to make people laugh again."

Morgan's "30 Rock" cast mates then joined him as he closed up his monologue.

"I got my family here, my cast, my crew and I got my Obi Wan Kenobi, Lorne Michaels, so let's be funny -- everybody get up here!" he said as Fey, Krakowski, McBrayer and Baldwin took the stage.