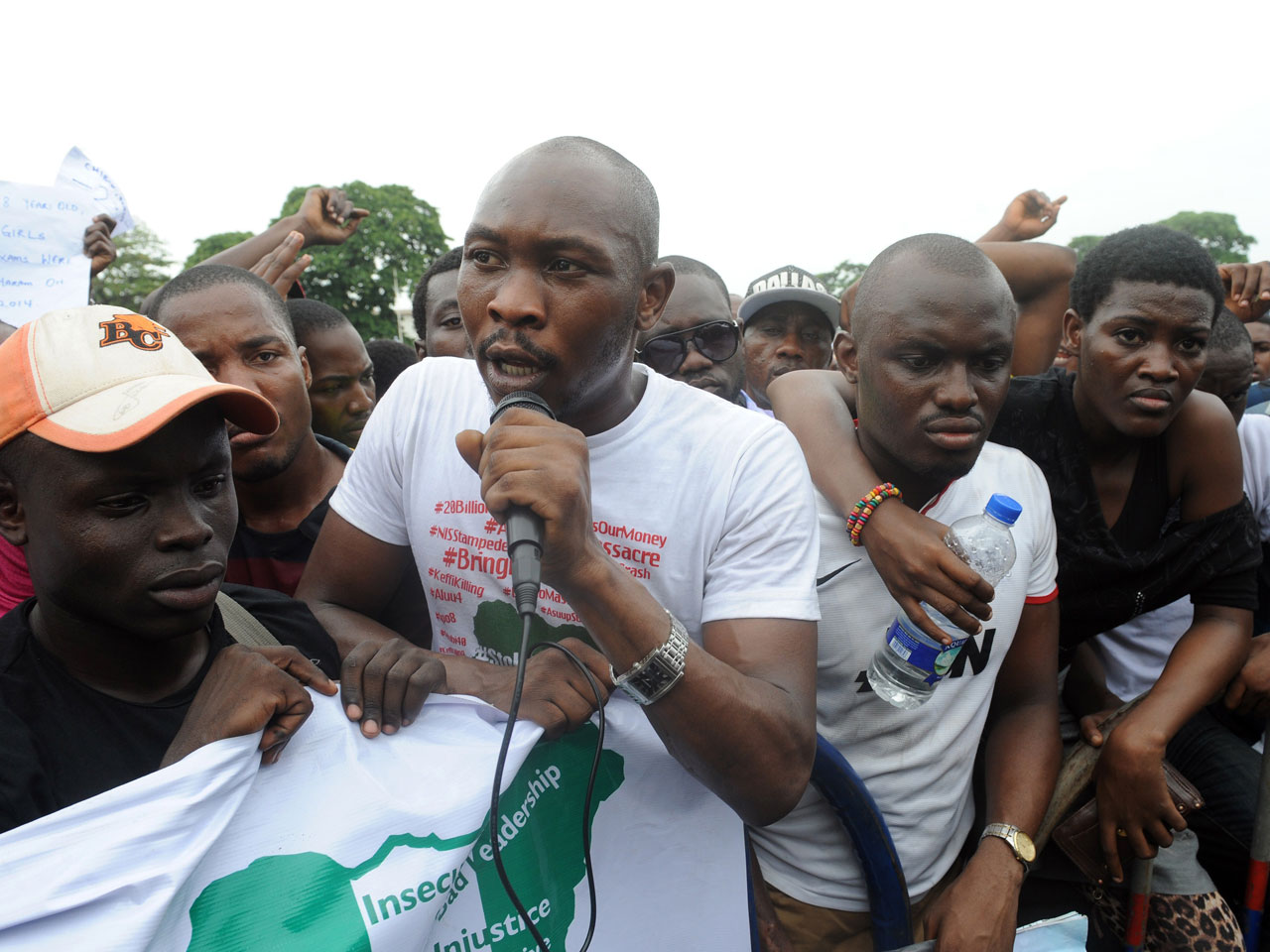 ABUJA, Nigeria - Nigeria's President Goodluck Jonathan met through the night with security, school and state officials and issued a new directive that "everything must be done" to free the 276 girls held captive by Islamic extremists, one of his advisers said Sunday.

It was the first time the president met with all stakeholders, including the principal of the Chibok Government Girls Secondary School in northeastern Nigeria where the girls and young women were kidnapped in a pre-dawn raid April 15, presidential adviser Reuben Abati told reporters.

Nigerians' outrage at the failure to rescue the students and protest marches last week in major Nigerian cities as well as New York City have spurred to action Jonathan's government, which many see as uncaring of the girls' plight.

"The president has given very clear directives that everything must be done to ensure that these girls must be brought back to safety," Abati said.

The police said last week that the actual number abducted had risen to more than 300 and that 276 remain in captivity. It said 53 of the students managed to escape their captors. None have been rescued by the military which initially said it was in hot pursuit of the abductors.

Some of the girls have been forced into "marriage" with their abductors and paid a nominal bride price of $12, according to a federal senator from the area whose report is unverified. Some of the young women have been taken across Nigeria's borders to Cameroon and Chad, the parents said last week quoting villagers. Child marriage is common in northern Nigeria, where it is allowed under Islamic law that clashes with the country's Western-style constitution.

Anguished parents in Chibok town, who have lost confidence in the government and military, have been begging for international help.

The United States and Britain, Nigeria's former colonizer, have promised unspecified help. Both countries help with counter-terrorism training and could provide satellite images that might help the search.

"The kidnapping of hundreds of children by Boko Haram is an unconscionable crime and we will do everything possible to support the Nigerian government to return these young women to their homes and to hold the perpetrators to justice," said U.S. Secretary of State John Kerry on Saturday, in a speech in Addis Ababa, Ethiopia.

Nigeria is confronting an increasingly bloody 5-year-old Islamic uprising. Two bomb blasts in three weeks in Abuja, the capital, have killed about 100 people and wounded more than 200. More than 1,500 people have died in the insurgency this year, compared to an estimated 3,600 between 2010 and 2013.

In northeastern Nigeria, police Sunday morning foiled an attack by suicide bombers who had packed a pickup vehicle with explosives and petrol, the Defense Ministry said.

Police arrested one of the culprits who said the target was a police post in the center of Damaturu, the capital of Yobe state, said spokesman Maj. Gen. Chris Olukolade.

In a further indication of security threats confronting Nigeria, the U.S. Embassy on Friday warned Americans that "groups associated with terrorism" may be planning "an unspecified attack" on a Sheraton hotel in Nigeria's commercial center, Lagos. The city, on the Atlantic Ocean, has never been attacked though police last year arrested six suspected extremists on popular Bar Beach.

The Sheraton hotel chain has two locally owned franchises in the southwestern city of about 20 million people. A duty manager at the $350-a-night Sheraton in Ikeja suburb, near the international airport, said he was unaware of any threat. He spoke on condition of anonymity because he is not authorized to speak to reporters. There was no response from the other Sheraton on the outskirts of Victoria Island, a posh residential and business center.