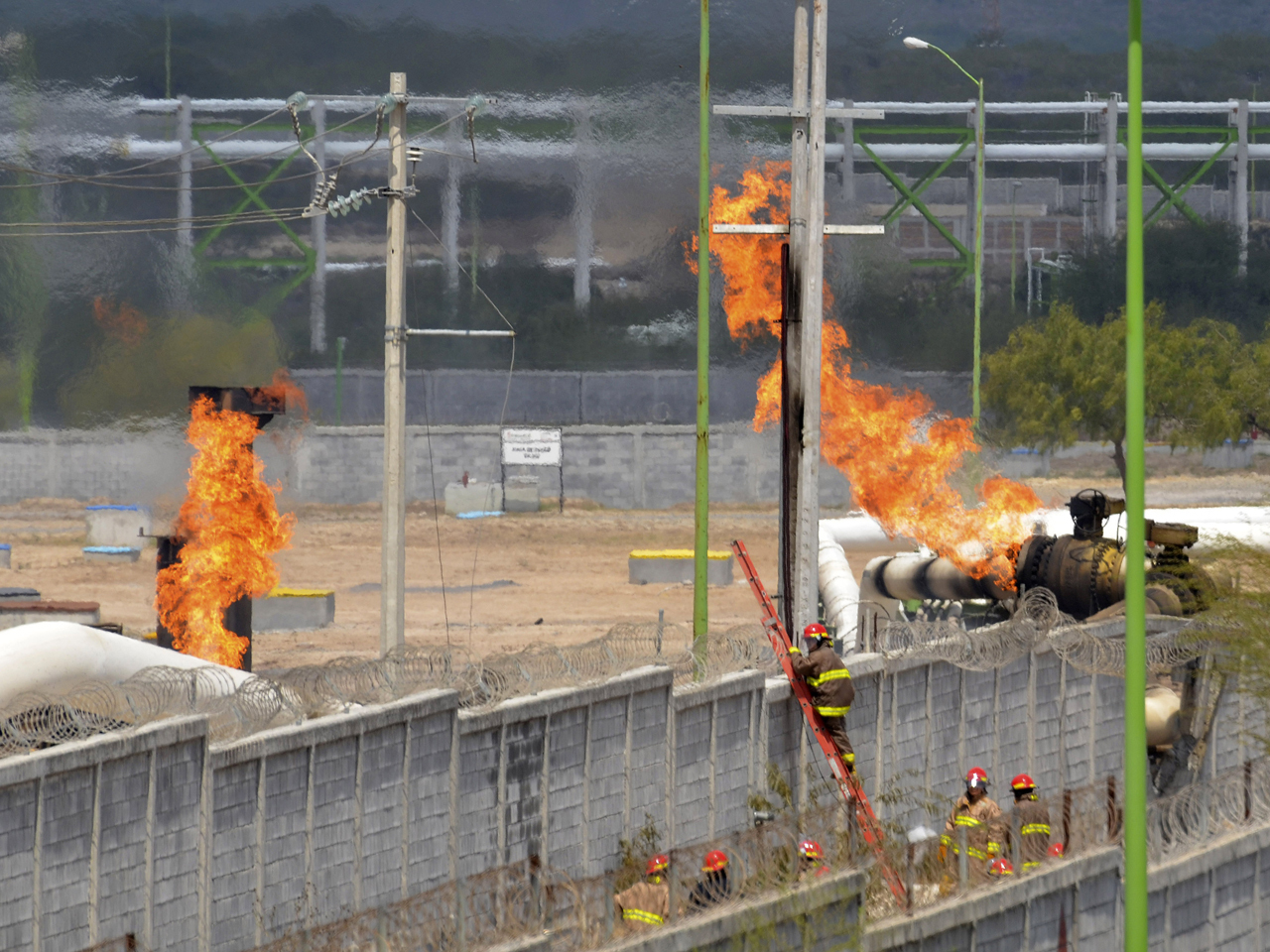 (AP) CIUDAD VICTORIA, Mexico - A big fire erupted at a natural gas pipeline distribution center near Mexico's border with the United States on Tuesday, killing 26 maintenance workers and forcing evacuations of people in nearby ranches and homes.

Mexico's state-owned oil company, Petroleos Mexicanos, initially reported 10 deaths at the facility near the city of Reynosa, across from McAllen, Texas. Later, the death toll was raised to 26, including a man who was run over when he rushed onto a highway running away from the facility.

Pemex said at a news conference Tuesday night that the fire was extinguished in 90 minutes and the pipeline was shut off. The pipeline carries natural gas from wells in the Burgos basin.

The company's director-general, Juan Jose Suarez, said four of those killed were Pemex employees and the rest were employed by contractors. He told reporters in Reynosa that 46 other workers were injured, including two hospitalized in serious condition. Suarez said they haven't found any evidence showing it was an attack.

Company executives said there was a gas leak, followed by an explosion, but the precise cause had not been determined.

"Why there was such leak is something that must be investigated," said Carlos Morales Gil, Pemex's director of exploration and production.

Civil protection officials evacuated ranches and homes within three miles of the gas facility, which is about 12 miles southwest of Reynosa.

The highway that connects Reynosa to the industrial city of Monterrey was closed to traffic, authorities said.

Egidio Torre Cantu, governor of the state of Tamaulipas, sent condolences to the victims' relatives and vowed to make sure those injured receive help for their recovery.

Pipelines carrying gasoline and diesel in Mexico are frequently tapped by thieves looking to steal fuel.

In December 2010, authorities blamed oil thieves for an oil pipeline explosion in a central Mexico City near the capital that killed 28 people, including 13 children. The blast burned people and scorched homes, affecting 5,000 residents in an area six miles wide in San Martin Texmelucan.