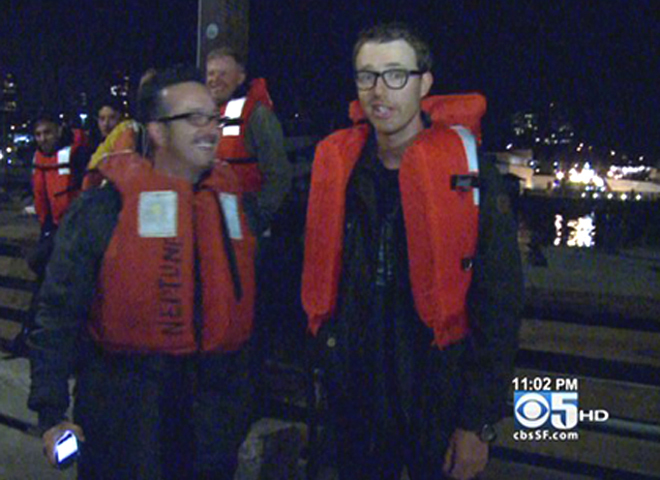 SAN FRANCISCO A group holding a bachelor party was forced to cut short their celebration on San Francisco Bay Friday night when their boat started to sink.

According to the San Francisco Fire Department, the 40-foot party boat called The Neptune hit a rock and began taking on water near Pier 39 around 8:30 p.m.

Witnesses told CBS Station KPIX said a Coast Guard cutter and other smaller boats came to the rescue, taking 18 passengers and 4 crewmembers back to shore.

No one was hurt during the incident.

"I think I was the only one concerned, because I really don't like boats, but everyone else was loving it," expectant groom Matthew Rice, who is getting married on Sunday, told KPIX. "I was loving it as soon as we got off the boat that was sinking."

As of late Friday night, the Coast Guard was in the process of pumping water out of The Neptune, before towing the vessel back to shore.