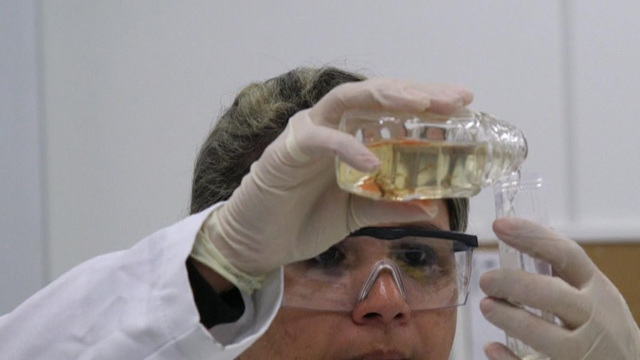 Just over five weeks before the Summer Olympics get underway, Rio is still ill-prepared to host the games. Police say they are underpaid and Rio's acting governor admits the games could be a "big failure" because of budget shortfalls.

Now, the doping control lab that was set up to make sure athletes don't cheat is closed, reports CBS News correspondent Ben Tracy.

Lab director Francisco Radler was eager to show off the brand new $66 million control lab to the CBS News team earlier this month, touting its technology.

"How sophisticated is this doping lab?" Tracy asked.

"One could say it is the most sophisticated of every lab, which is something (that) has to happen for the Olympic Games," Radler said.

Now, just two weeks after we interviewed him, the lab has been shut down. The World Anti-Doping Agency, or WADA, made that stunning decision just six weeks before the Olympic games begin, saying it was due to "non-conformity with the International Standard for Laboratories." WADA will not provide any details on what exactly was wrong.

"It is a blow, it is a problem to have the lab being suspended less than two months before the games," said Rio 2016 spokesman Mario Andrada. "But it would be a bigger blow to have a lab in the Games that is not technically perfect."

Doping control labs worldwide are under increased scrutiny after the World Anti-Doping Agency published a report accusing Russia of an elaborate government-run doping program, including infiltrating the lab at the Sochi Olympics to help its athletes cheat. Russia's entire track-and-field team has been banned from competing in the Rio games.

But Don Catlin, who ran the doping control labs at the Salt Lake City and Atlanta Olympics, said if the lab in Rio is not re-opened, it will be a "disaster." He said if the lab remains closed, samples will have to be flown daily to another lab likely in the U.S. or Europe. Rio's lab was expected to process 6,000 samples during the three weeks of the games.

"I mean, nobody wants to do this. It's a real pain in the neck," Catlin said.

"Even if this lab is back up and running, does it call into question their results when the games begin?" Tracy asked.

"Unfortunately, it does," Catlin answered.

Rio's lab was also shut down just before the 2014 World Cup, but that was due in part to obsolete equipment, which has since been replaced.

In a statement, the lab said it "asserts its excellency, as well as its ethics and technical capacity." But for now, this once-lauded lab is idled, now another black eye for Rio before the Olympic caldron is even lit.