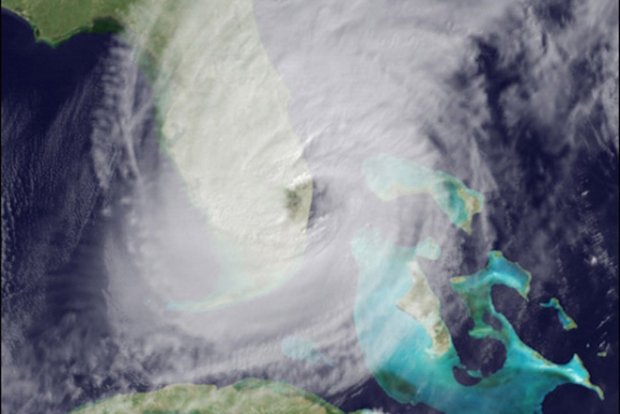 It looks like 2016 is shaping up to be a "near-normal" or "above-normal" Atlantic hurricane season, according to the National Oceanic and Atmospheric Administration (NOAA), which forecasts that this will be the strongest hurricane season since 2012.

In its latest forecast, released Thursday, NOAA says there's a 70-percent chance we'll see 12 to 17 named storms this year, with five to eight expected to develop into hurricanes. Out of this group, two to four are expected to become "major hurricanes," defined as Category 3 or above.

A major hurricane hasn't struck the United States since Wilma hit Florida in 2005 -- the longest "hurricane drought" in U.S. history.

"We've raised the numbers because some conditions now in place are indicative of a more active hurricane season, such as El Niño ending, weaker vertical wind shear and weaker trade winds over the central tropical Atlantic, and a stronger west African monsoon," Gerry Bell, Ph.D., lead seasonal hurricane forecaster at NOAA's Climate Prediction Center, said in a statement. "However, less conducive ocean temperature patterns in both the Atlantic and eastern subtropical North Pacific, combined with stronger wind shear and sinking motion in the atmosphere over the Caribbean Sea, are expected to prevent the season from becoming extremely active."

Bell added that the La Niña pattern is expected to be weak this year, given these competing weather conditions, and it is not expected to have much of an effect on the hurricane season.

According to NOAA, there have been five named storms so far this year, with just two -- Alex and Earl -- classified as hurricanes so far.