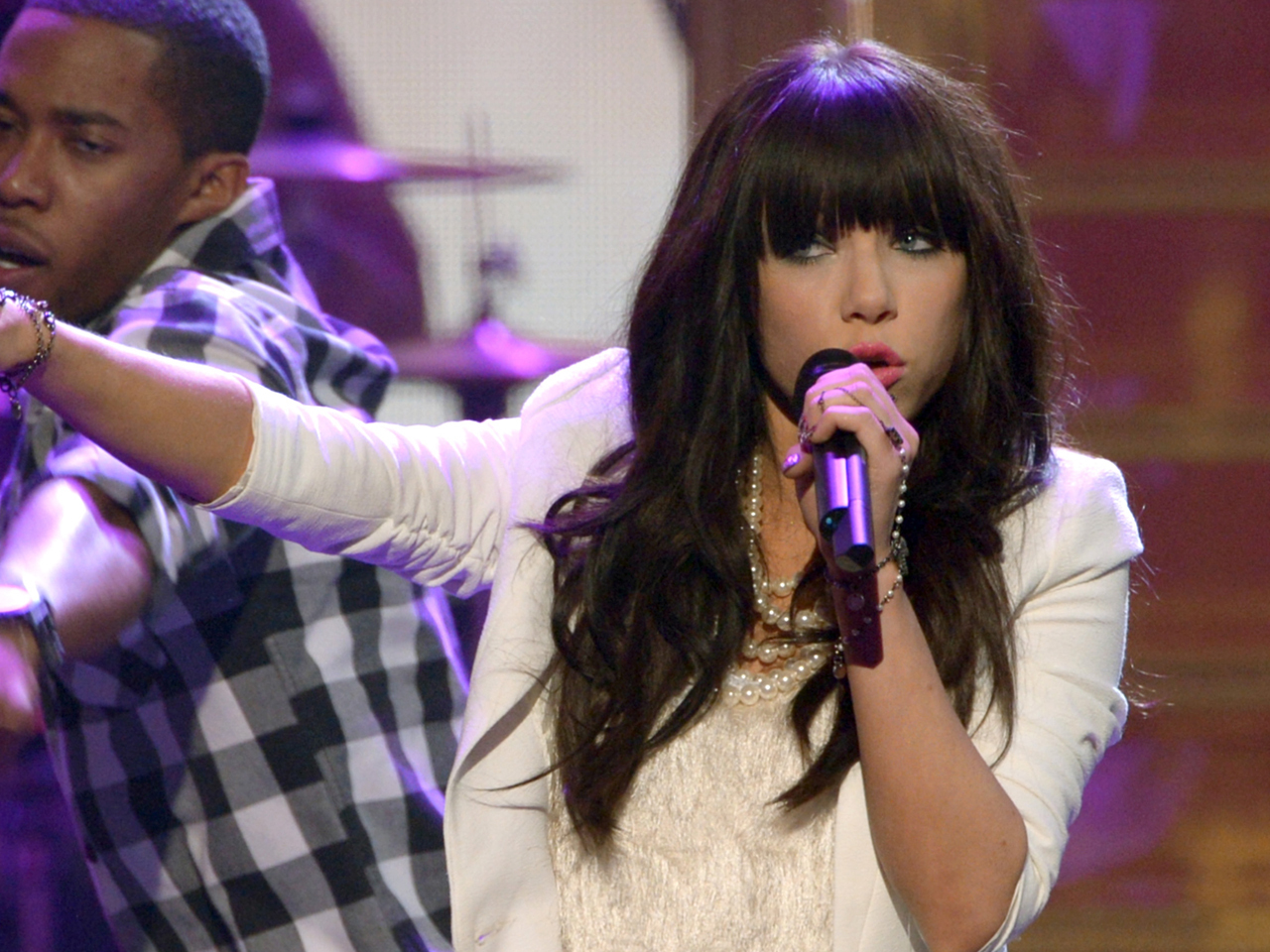 Fellow Canadian singer Justin Bieber is not far behind. The pop star, who was shut out at this year's Grammy Awards, is up for four Junos: fan choice, best album and pop album for "Believe" and artist of the year.

Other multi-nominees for Canada's music awards include Celine Dion, Billy Talent, Hedley, Leonard Cohen, Marianas Trench, Metric and Rush. Mumford and Sons, One Direction, Kathleen Edwards, Drake and Nickelback are also in the running for trophies.

Jepsen will be among the performers at the April 21 Juno Awards, which will be hosted by Michael Buble.

Go here to see the full list of nominees.