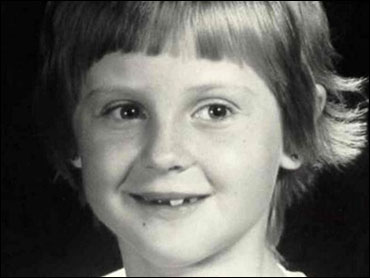 PINOLE, Calif. (AP) The mystery of Amber Swartz-Garcia, a 7-year-old Northern California girl who disappeared after going to jump rope outside her home 21 years ago, has been solved, police said Monday.

Curtis Dean Anderson confessed in 2007 — a month before dying in prison — that he kidnapped and killed Amber, Pinole Police Chief Paul Clancy said.

Investigators believe him after spending the past 18 months corroborating the story.

"Everything that he's done indicates he's the type of person who can do this," Clancy said.

Anderson, 46, died of natural causes in December 2007 while serving a sentence of more than 300 years for kidnapping and sexually assaulting two other young girls.

He was sentenced to 251 years for the 2000 abduction and sexual assault of an 8-year-old Vallejo girl and was sentenced to another 50 years to life after pleading guilty to the 1999 kidnapping, molestation and murder of a 7-year-old girl, also from Vallejo.

In November 2007, Anderson confessed to kidnapping Amber in Pinole, a suburb east of San Francisco, during a lengthy interview with the FBI, Clancy said.

At a Monday news conference announcing the case was closed, police distributed copies of Anderson's brief handwritten statement that read, "If there is no pursuit of the death penalty, I will freely admit my role in being responsible for the death of Amber Swartz-Garcia."

Anderson told authorities he was driving to Arizona and abducted Amber for company, Clancy said

"In a case of tragic timing, Amber was standing in front of her house at the exact moment Anderson randomly drove through her neighborhood," Clancy said. "He opened the car door and pulled her in."

Anderson told investigators he kept Amber sedated by giving her root beer schnapps and killed her at a motel room in the Tucson area before disposing of her body in the desert, according to Clancy.

Amber is believed to have died within a day and a half of her abduction on June 3, 1988.

Investigators confirmed that Anderson was in the Pinole area at the time of Amber's abduction and also that he had ties to Arizona, Clancy said. However, they weren't able to find physical evidence in the old case.

The area where the body might be is large and remote and is prowled by wild animals.

"We don't have her. We don't have anything of hers. Her jump rope, her clothes, her shoes, a bone out of her finger. We have nothing," she said.

Swartz said she had always "known in my heart that it's going to be a hard case to solve. I just really always hoped that we would at least have something that we could at some point bury with her father."

Amber's father, a Pinole police officer, was killed while pursuing a parolee in 1980. His wife was pregnant with Amber then.

"I almost lost her at the time my husband died and I had made a prayer that if I could be allowed to keep her only for a little while — just to not lose her then," Swartz said. "And I got that little while."