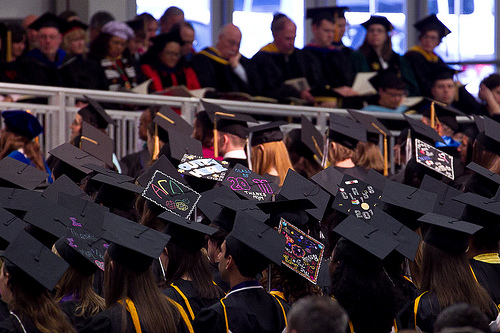 (Moneywatch) When families are shopping for colleges they often fail to ask about graduation rates. Many parents just assume that their children will graduate in the traditional four years.

That's a dangerous assumption since most students take longer to earn a bachelor's degree. In fact, just 58 percent of students graduate within six years.

Most of the states with the worst graduation track records are located in the South and the western United States. The majority of the best performers are on either coast.

Using figures generated from the U.S. Department of Education database, what follows are the 20 states that have either the highest or lowest six-year graduation rates for students attending public institutions.

Bottom Line: When researching schools in any state always find out what their graduation rates are. Doing so could ultimately save you thousands of dollars.

Generic vs. brand name: Is there really a difference?
Lynn O'Shaughnessy