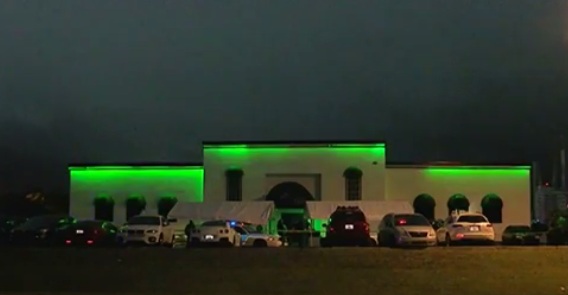 ORLANDO, Florida -- A shooting erupted inside a nightclub packed with hundreds of people in the city's tourist district early Sunday, killing two people and injuring 10 others, authorities said.

It was the second mass shooting at a Florida nightclub this weekend.

The shooting took place just before 1 a.m. with about 300 people inside the Glitz Ultra Lounge. Three off-duty Orlando Police Department officers were working security at the club when the shooting started, the Orlando Sentinel reported.

Police spokeswoman Michelle Guido said it's not clear what prompted the shooting or if any of the off-duty officers fired their weapons.

"The club has very good security, with their own guards as well as three off-duty police officers. The club did everything it was supposed to do," said Guido to CBS affiliate WKMG.

As many as three shooters are being sought.

One person was shot and killed inside the club, police said. Nine were taken to a hospital with gunshot wounds. Of those, one died at the hospital, one is in critical condition and the rest are being treated for injuries that were not life-threatening. Two others -- including one with a gunshot wound -- were seen at another hospital.

In addition to the off-duty officers, the club has its own security, police said. Detectives are reviewing security video from the club in hopes of gleaning clues.

In Tampa, eight people were shot at a strip club on Saturday. A 21-year-old man died. No arrests have been made in that case.