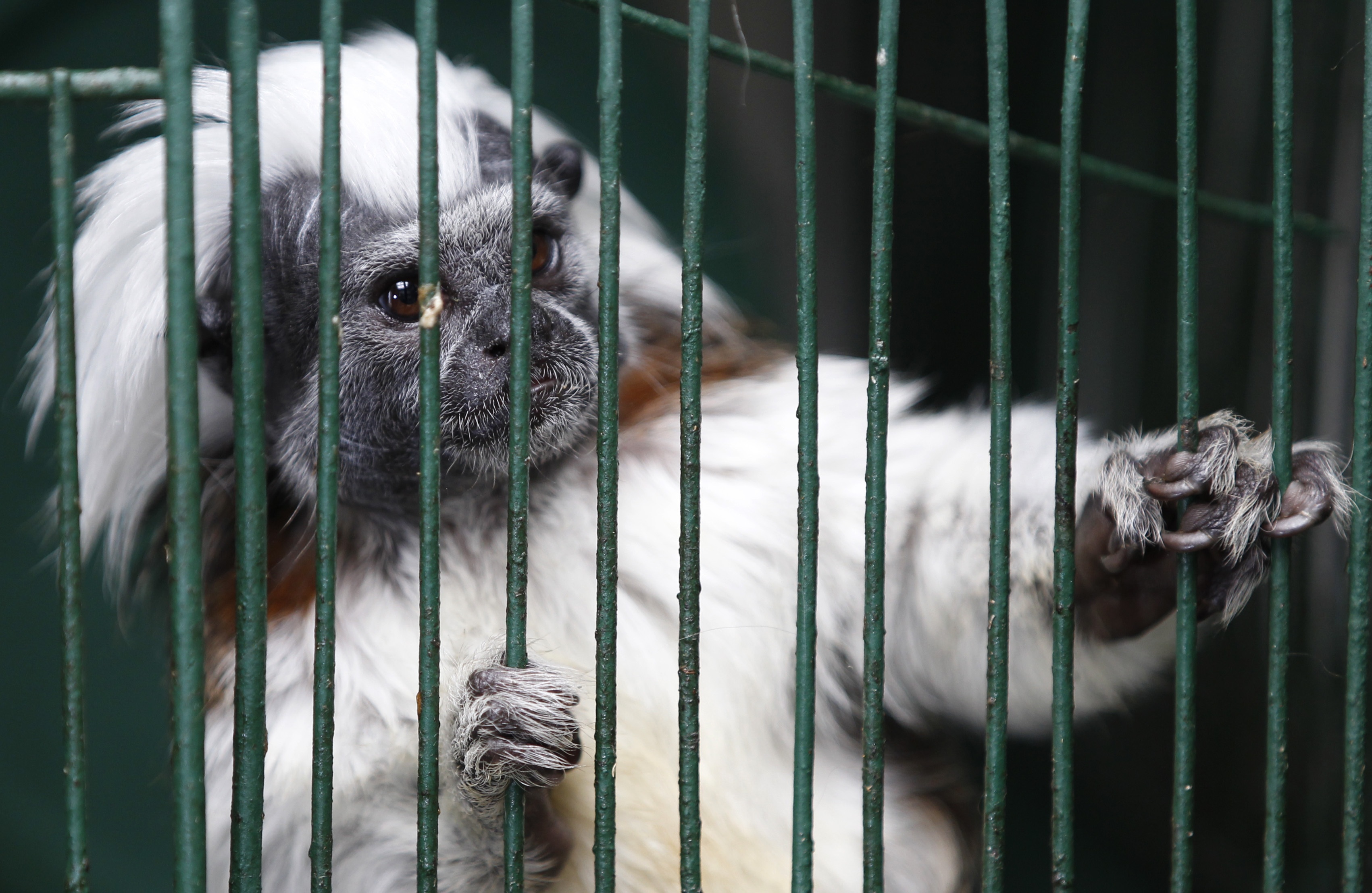 Two small endangered monkeys died because a caretaker "overlooked" them and left them out in the cold at a zoo in central Louisiana, officials said.

The cotton-top tamarins, which weigh less than a pound, were left out in the cold last week at the Alexandria Zoological Park, city officials said. A third monkey survived the exposure.

The monkeys are among the smallest new-world monkeys. They're black and white, with a fan of white hair atop the head. They need temperatures of 76 to 85 degrees. The high last Wednesday in Alexandria was in the 50s while the overnight low was in the teens.

It's not clear exactly how the monkeys were overlooked or whether they had an outdoor "nest box" with a heating unit. City spokeswoman Cynthia Jardon wrote in an email Tuesday that she couldn't provide details because of an ongoing investigation. The caretaker resigned Monday, she said.

The monkeys are critically endangered, with about 1,800 in captivity and about 6,000 in a small area of northwest Colombia, according to the International Union for Conservation of Nature.

Public Works Director David Gill said in a news release "this appears to have happened as a result of human error and not a system problem."

Federal inspectors did not find any violations during the zoo's 2012 or 2011 inspections, the latest available in an online database. Rob Vernon, spokesman for the Association of Zoos and Aquariums, said the zoo is fully accredited.

Vernon said zoos are not required to report animal deaths immediately to either the USDA or the zoo association. He did not know whether the tamarins' deaths had been reported to AZA.

"They do often notify us right away when an animal dies. Then we oftentimes will ask for a report if something seems unusual," he said.

According to the International Union for Conservation of Nature, there are approximately 6,000 cotton-top tamarins in the world and the population continues to decrease.