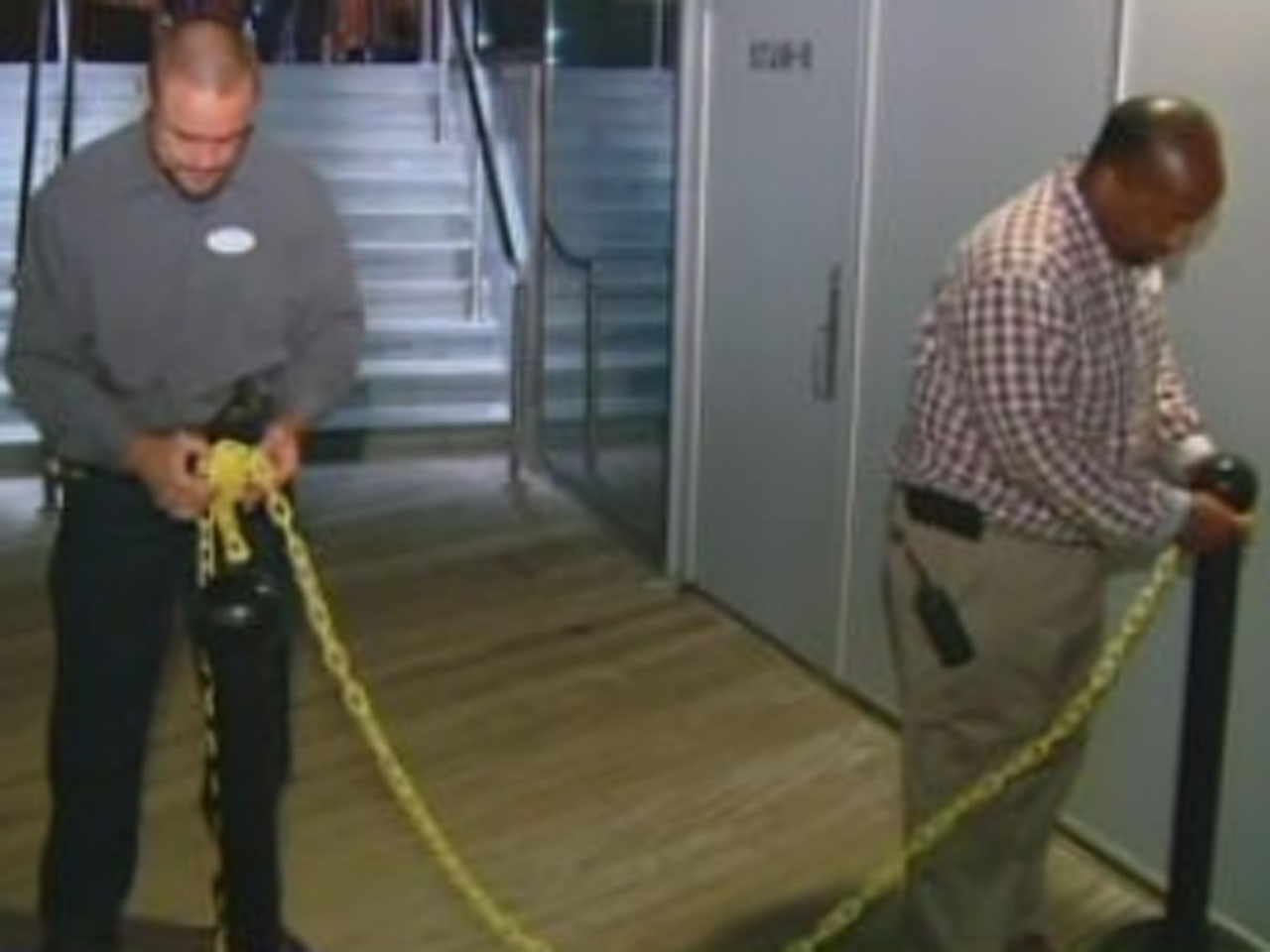 ATLANTIC CITY, N.J. -- It opened with a bang one day at dawn a little over 2 years ago amid high hopes it would turn around Atlantic City's struggling casino market.

But the $2.4 billion Revel Casino Hotel went out with a whimper in the morning Tuesday as its casino closed a day after the hotel checked out its last guest.

The property that debuted at sunrise on April 2, 2012, with its then-president joining New Jersey Lt. Gov. Kim Guadagno in a blueberry smoothie toast quietly ended its operations as the last handful of gamblers, who never turned out in great enough numbers to keep Revel alive, filed out of the sleek glass tower.

"When I started, it was promising. We had high hopes," said Liditze Diaz, a restaurant worker at Revel. "Then we started hearing rumors, but I thought, 'No way this place is going to close. It's too new, too pretty.' It's hard to believe."

CBS Philly reports that workers put up chains around the facility after it closed.

Revel became the second Atlantic City casino to shut down over Labor Day weekend, joining the Showboat, which shuttered its doors Sunday afternoon. Trump Plaza is closing on Sept. 16, and the Atlantic Club closed in January.

Thus, Atlantic City, which started the year with 12 casinos, will have eight before summer is over. Many casino analysts and industry executives say they expect the remaining casinos to fare better financially with less competition.

The consolidation is a reaction to the saturated northeastern U.S. casino market, which continues to add gambling halls to markets without enough demand to support them all.

None was a costlier failure than Revel.

The casino broke ground just before the Great Recession. It ran out of money halfway through construction and had to drop its plans for a second hotel tower while scrambling for the remaining $1 billion or so it needed to finish the project. When it opened, it was so laden with debt that it couldn't bring in enough revenue to cover it.

The idea behind Revel was to open a totally different resort, a seaside pleasure palace that just happened to have a casino as one of its features. That included Atlantic City's only total smoking ban, which alienated many gamblers; the lack of a buffet and daily bus trips to and from the casino; and the absence of a players' club. By the time those decisions were reversed, it was already too late. High room and restaurant prices hurt, too.

Its owners still hope to sell the building through bankruptcy court, but it is not clear whether a buyer would run it as a casino or as a non-gambling facility.