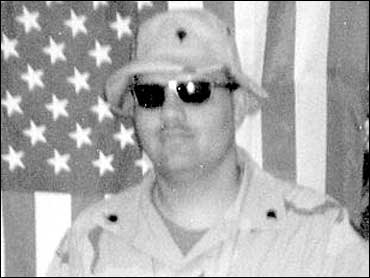 A 24-year-old military policeman has been ordered to stand trial this month in the first court-martial scheduled in connection with abuse of Iraqi prisoners at Abu Ghraib prison, the military said Sunday.

Spc. Jeremy C. Sivits of Hyndman, Pennsylvania, a member of the 372nd Military Police Company, will stand trial in Baghdad on May 19, according to Brig. Gen. Mark Kimmitt.

Sivits has been charged with conspiracy to maltreat subordinates and detainees, dereliction of duty for negligently failing to protect detainees from abuse and cruelty and maltreatment of detainees, Kimmitt said.

Seven soldiers including Sivits are facing criminal charges for alleged abuse of Iraqi prisoners. Photographs of the abuse were published throughout the world. Sivits is the first for whom a trial date has been set.

In Iraq, the new head of U.S.-run prisons in Iraq, Maj. Gen. Geoffrey Miller, said everything is being done to prevent a repeat of the prisoner abuse.

The general Saturday denied that he meant guards should rough up prisoners.

"I would absolutely and categorically disagree with that," he said.

His words were echoed by the U.S. administrator in Iraq, L. Paul Bremer.

"We should not condemn all soldiers," he told Iraqi leaders. "I have traveled all over and seen the good work by U.S. soldiers and that is the true spirit of America."

Rumsfeld offered "my deepest apology" Friday to Iraqi prisoners abused by sadistic military personnel and warned that videos and photos yet to come could further inflame worldwide outrage.

So far, no videos of abusive treatment have reached the public. But still photographs, first aired last week on have spawned a worldwide wave of revulsion that has damaged America's image overseas and sparked a political storm at home.

"I'm seeking a way to provide appropriate compensation to those detainees who suffered such grievous and brutal abuse and cruelty at the hands of a few members of the United States armed forces," Rumsfeld told Congress Friday.

That was the argument the Justice Department made to block a group of American POWs beaten, starved and tortured during the 1991 Gulf War. Eventually, the ex-prisoners won their suit against the government of Iraq anyway.

One of the plaintiffs, former Marine pilot Cliff Acree, told CBS News that while he thinks the abused Iraqis should be compensated, he is outraged that American POW's have been overlooked.

"There is no reparation to us but in less than a week our country responds and tries to make reparations available to Iraqi detainees," he said. "It makes no sense. There is a double standard there."