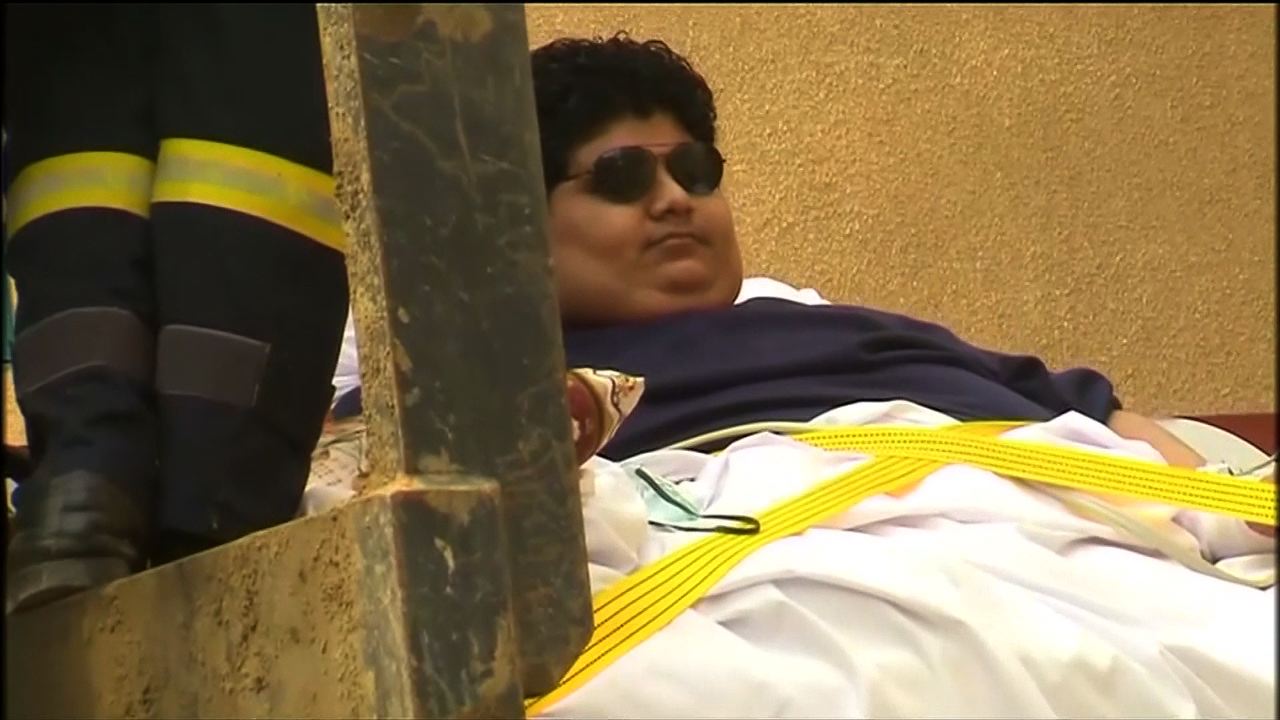 A Saudi man weighing 1,345 pounds was airlifted to a hospital in Riyadh Monday, Reuters reports, a process that required a forklift and the partial demolition of his house.

Khalid Mohsin Shaeri has been unable to leave his bedroom for the past two and a half years. Six months ago, Saudi Arabia's King Abdullah asked for Khalid to be taken to the hospital, but treatment had to wait until a special bed was made for him in the United States, according to Reuters.

The 20-year-old patient was taken to King Fahd Medical City in Riyadh on Monday after the Saudi King arranged for his special air transportation from the southern city of Jazan.

Multiple Saudi government organizations coordinated Shaeri's evacuation after part of his home was demolished so he could be brought down from the second floor. A forklift was used to transfer him to an ambulance which took him to a local airport in Jazan. An aircraft then flew him to Riyadh.

"We have been waiting for this moment for a long time," Naser Makke, the patient's cousin, told Reuters.

"The King - may God protect him and give him the long life - had given his instructions to the ministry of health to do all the arrangements to transfer the patient for treatment in a safe way."

According to Reuters, Shaeri was reported to have a brother and sister who are also overweight, but able to walk.

Local media reported that the Saudi Health Ministry has already dealt with other morbidly obese patients this year, including two siblings who weighed 661 pounds and 771 pounds respectively.