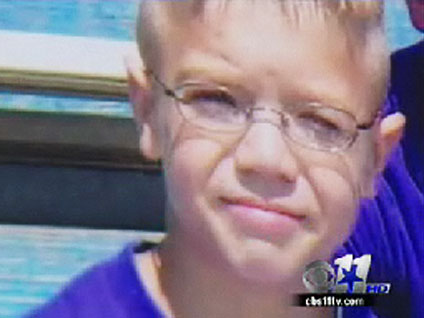 JOSHUA, Texas (CBS/KTVT/AP) Bullying may have claimed the life of another student. Jon Carmichael took his own life Sunday after some say he was bullied by bigger classmates.

Jon was an eighth grader at Loflin Middle School and those closest to the 13-year-old say he had been picked-on for years.

Jeremy Stanbaugh, one of Jon's best friends, told CBS affiliate KTVT that Jon was bullied "because he was short."

"It's just gonna be quiet around here without him around," Jeremy said to the local station.

Other students told KTVT that Jon was a good student and well liked among his friends.

Karen Gowan, who took Jon to her church with her son, hopes there is a lesson to be learned about bullying.

"If there's one positive thing that would come out of this is that kids would learn to treat other kids with respect," Gowan told the station.

In Massachusetts, another student, 15-year-old Phoebe Prince, committed suicide after she was mercilessly harassed for months, something that school administrators knew about but did not stop.

Now, with nine students charged in the bullying of Prince, who hanged herself at her family's home in January, questions have arisen about how accountable school officials should be for stopping bullying.