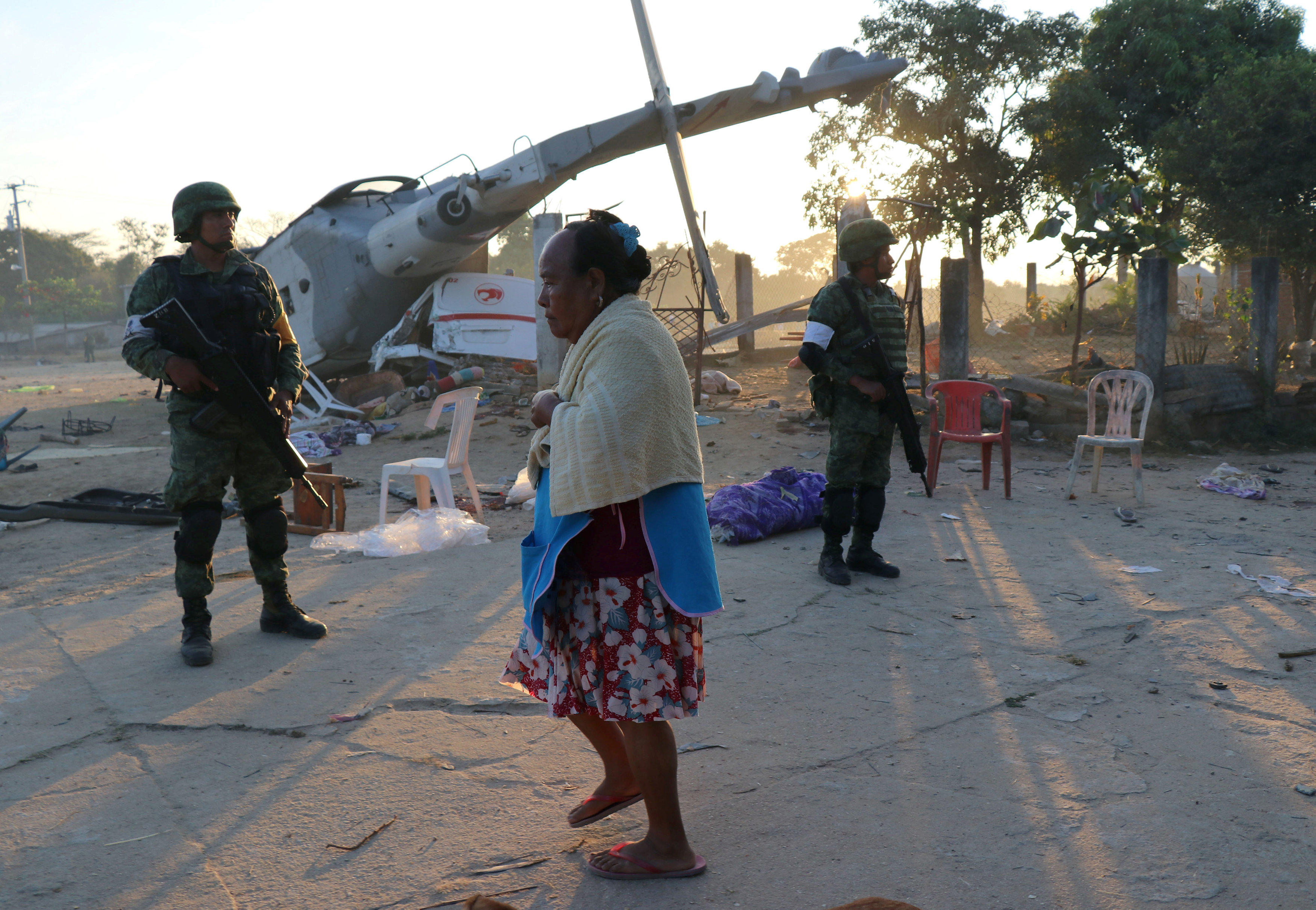 MEXICO CITY -- A military helicopter carrying officials assessing damage from a powerful earthquake crashed Friday in southern Mexico, killing 13 people and injuring 15, all of them on the ground. The Oaxaca state prosecutor's office said in a statement that five women, four men and three children were killed at the crash site and another person died later at the hospital.

A state government official who was not authorized to be quoted by name said the chopper crashed into a group of people who had been spending the night in an open field after a powerful 7.2 magnitude earthquake hit the area. Aftershocks had caused people to flee their homes for fear they would collapse.

The helicopter crashed on top of two vans, officials said, the BBC reports.

The Defense Department said the Blackhawk helicopter suffered the mishap when it was preparing to land on a vacant lot in the city of Jamiltepec, about 19 miles from the area of Pinotepa Nacional. The craft was carrying Interior Secretary Alfonso Navarrete and Oaxaca Gov. Alejandro Murat, neither of whom had serious injuries.

The accident was the latest embarrassment in Navarrete's short term at the Interior Department, which oversees most political and security issues. Earlier this month, an intelligence agent from an agency overseen by Navarrete's department was caught tailing an opposition presidential candidate.

Both Navarrete and the defense department said they regretted the loss of life in Friday's accident.

Jorge Morales, a local reporter who was aboard the helicopter when it crashed, described harrowing moments as the pilot lost control and the helicopter attempted to land in a swirl of dust.

"The moment the helicopter touched down it lost control, it slid-- like it skidded-- and it hit some vehicles that were stationed in the area," he told a Mexican television news program. "In that moment, you couldn't see anything, nothing else was heard beside the sound that iron makes when it scrapes the earth."

Navarrete and Murat were evaluating reports of damage from an earthquake that struck earlier Friday when their helicopter crashed.

The U.S. Geological Survey originally put the magnitude of Friday's quake at 7.5 but later lowered it to 7.2. It said the epicenter was 33 miles (53 kilometers) northeast of Pinotepa in southern Oaxaca state and had a depth of 15 miles (24 kilometers).

No deaths have been reported in the earthquake, the BBC reported.

President Enrique Pena Nieto said via Twitter that both officials and crew were fine, although the interior department said that they had light injuries.