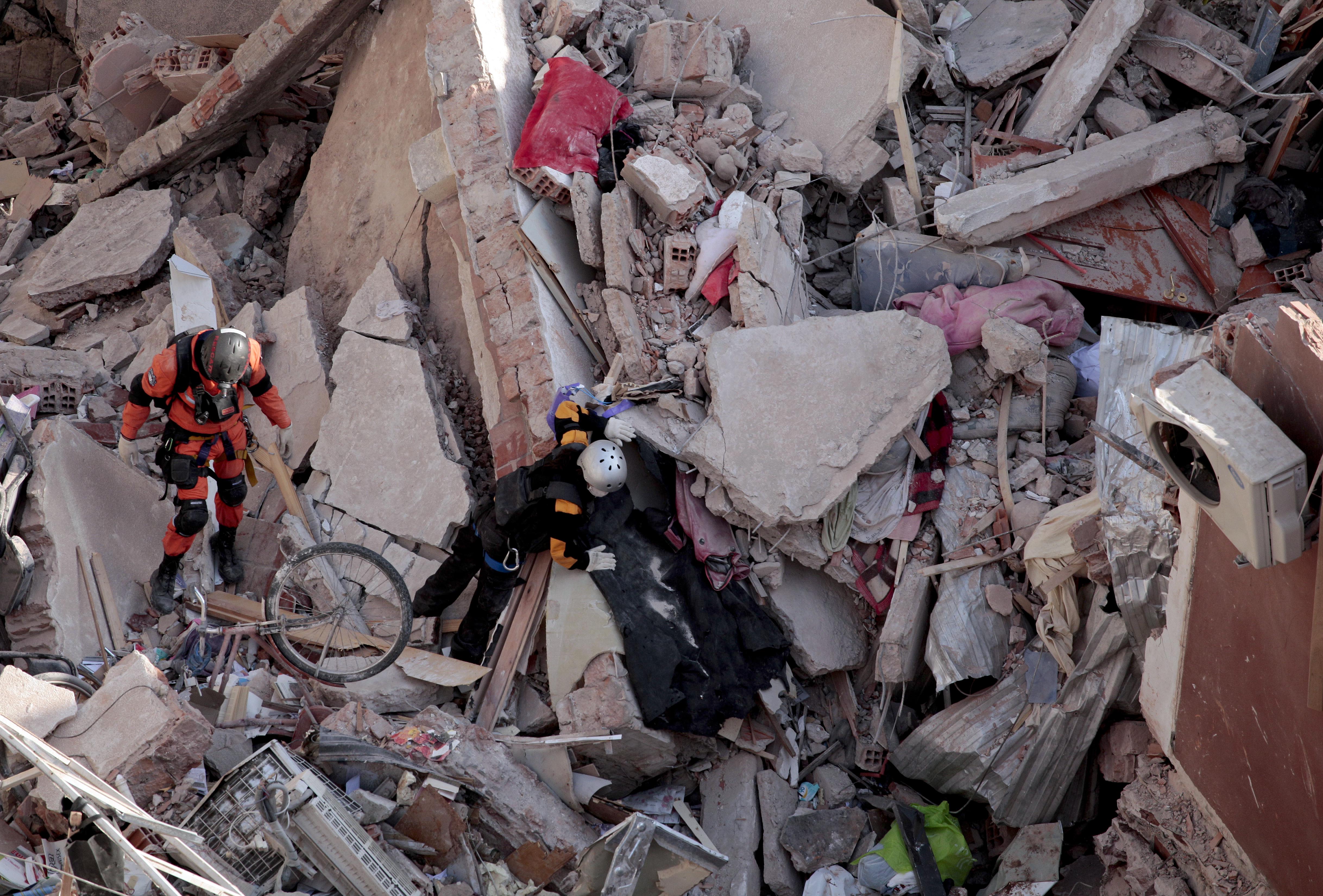 BUENOS AIRES, Argentina A cat was pulled alive from the ruins of an apartment building that collapsed in a huge gas explosion, but with 11 people still missing, hundreds of rescuers tried without success Thursday to find more human victims.

With damaged towers on both sides of the rubble pile in danger of collapsing on the rescuers, police and firefighters were working as carefully as possible, following the scents of body-sniffing dogs and clues from a fiber-optic cable that captures sounds and movement.

Engineers were figuring out how to reinforce fire-damaged columns, and some heavy equipment finally got access to the pile.

Poidomani compared it to surgery. "These are nine floors of a building that ended up compacted, 5 or 6 meters high. Reaching the center of this heap is very difficult," he said.

Two repairmen are in custody as a judge probes possible criminal negligence. Residents had asked for a valve to be replaced after complaining to the Litoral Gas company that despite a previous repair days earlier, natural gas wasn't reaching their kitchens.

But the company said it wasn't advised before Tuesday's follow-up repair job, which involved replacing a valve, and wasn't asked to turn off the gas beforehand.

Investigators were able to recover the equipment being repaired, and it was delivered to the judge with a police escort.

Authorities say they have identified 10 of those killed and there were conflicting official reports about a possible 11th death.