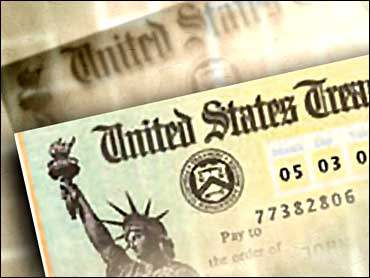 This story was written by Frankie Dillard for CSBSnews.com.

Eleven defendants involved in a plot to steal fraudulent federal and state tax refunds totaling $18 million were charged Tuesday in a federal indictment in Manhattan.

The federal prosecutor said the leaders of the scheme organized the plot through careful planning and execution, and obtained Electronic Filer Identification Numbers from the IRS, which allowed them to successfully access and file electronic tax refunds of several identities stolen from Puerto Rico.

The defendants are accused of stealing Social Security numbers of numerous residents of the commonwealth of Puerto Rico and filed fraudulent tax returns in their names.

They also are charged with receiving refund checks from several loans issued by different banks, sent to the same stolen identities. The defendants are also accused of renting fake residences in New York, New Jersey and Pennsylvania, in order to receive the falsified refund checks without being noticed.

The defendants allegedly concentrated on stealing the identities of Puerto Rican residents, because of their low risk of re-filing a legally submitted tax return. The residents of Puerto Rico usually do not file taxes with the IRS, since they are not required to do so, as long as all of their income originated in Puerto Rico.

Eight of the eleven people charged were arrested early this morning, while two, Viviana Castillo and Wendy Jimenez, still remain at large. Luis Hernandez 37, is already being held by authorities for an unrelated charge.

The indictment charged the defendants with three counts of conspiracy and one count of aggravated identity theft. They were also ordered to forfeit more than $19,000 in "real and personal" property to the US government.

The case will be prosecuted by the Assistant U.S. Attorney Daniel Levy of the US Attorney's office Major Crime's Unit.

Lev L Dassin, US Attorney for the Southern District of New York, stated that "the investigation is continuing."