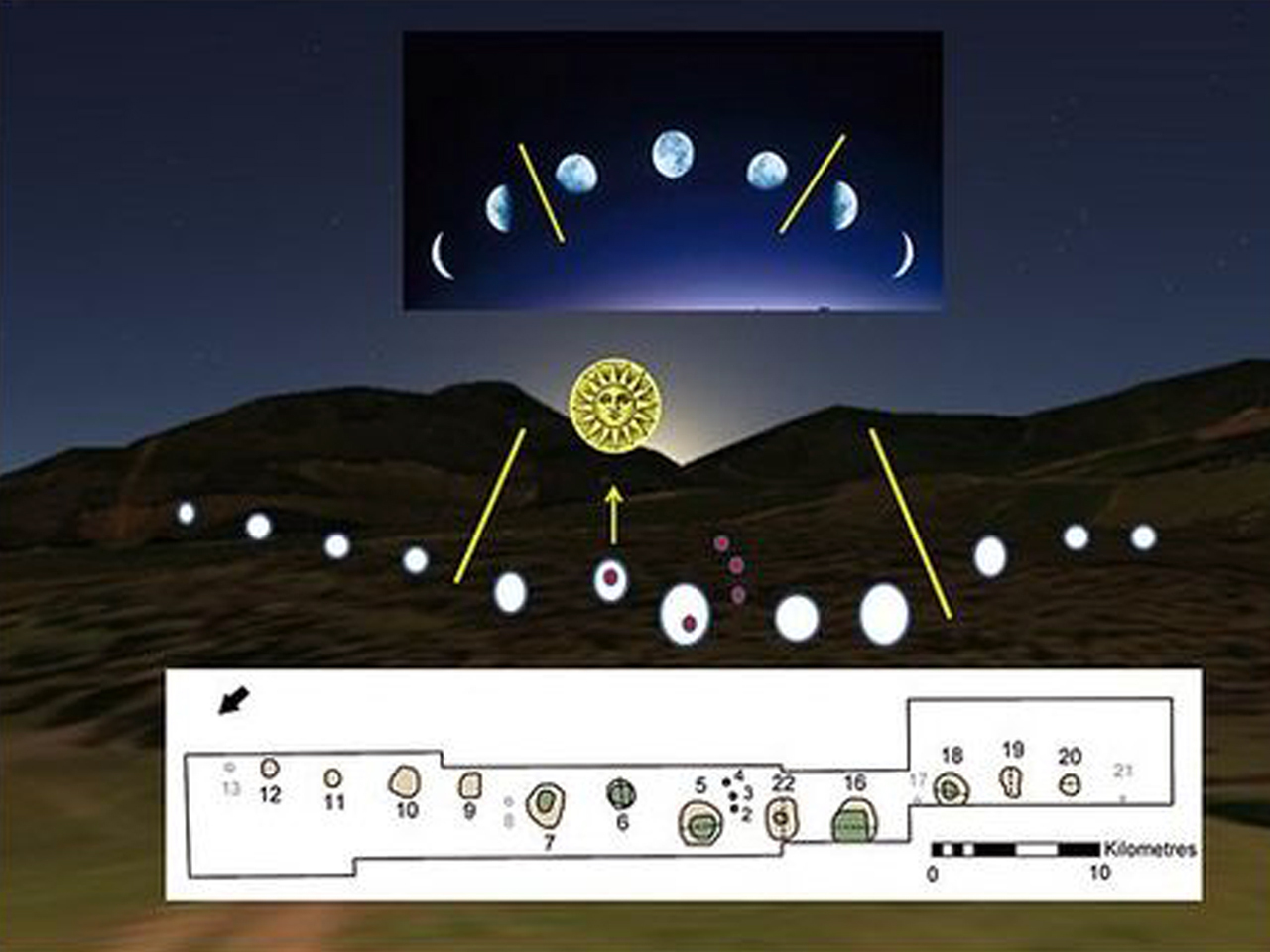 The world's oldest calendar has been discovered in a field in Scotland, a group of British archeologists believe.

The twelve excavated pits in an Aberdeen field seem to mimic phases of the moon to track months over a year.

The pits were excavated from 2004-2006, but data was only recently analyzed by a team of archeologists from the University of Birmingham.

Originally, it was thought the pits dated back approximately 5,000 year ago, but experts now believe the pits measuring the lunar months were created nearly 10,000 years ago by hunter-gathers during the Mesolithic period.

The project was led by Vince Gaffney, professor of landscape archaeology at the University of Birmingham.

"The evidence suggests that hunter-gatherer societies in Scotland had both the need and sophistication to track time across the years, to correct for seasonal drift of the lunar year and that this occurred nearly 5,000 years before the first formal calendars known in the Near East," Gaffney told various media.

The pit site, which lies on the National Trust for Scotland's Crathes Castle estate, was uncovered when unusual crop markings were noticed during an aerial survey by the Royal Commission on the Ancient and Historical Monuments of Scotland.