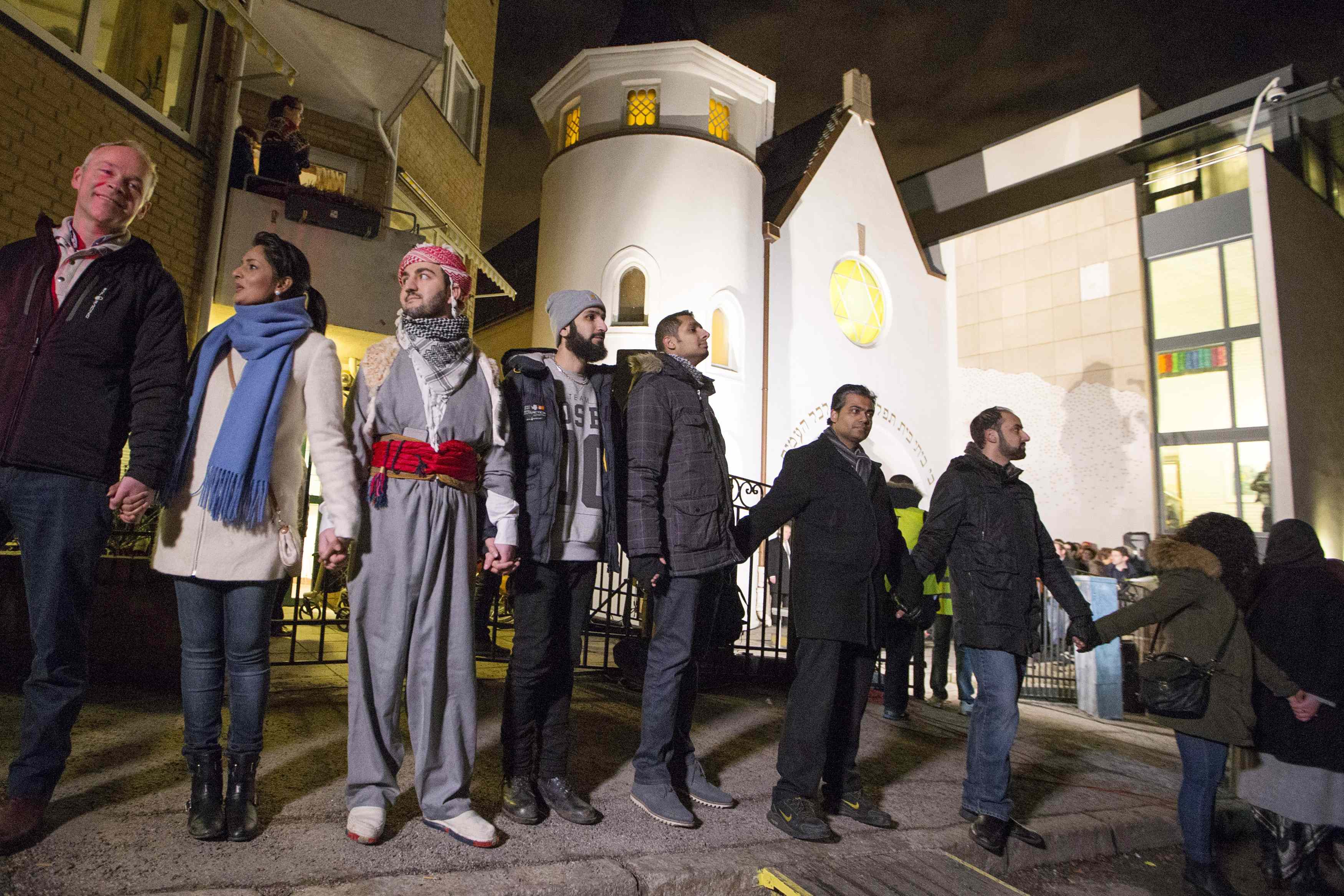 OSLO, Norway -- More than 1,000 people formed a "ring of peace" Saturday outside Oslo's main synagogue at the initiative of a group of young Muslims.

The event in the Norwegian capital follows a series of attacks against Jews in Europe, including the killings of 17 people in Paris last month and two fatal shootings in Copenhagen, Denmark a week ago.

One of the eight independent organizers of Saturday's event in Oslo, Hajrah Arshad said the gathering shows "that Islam is about love and unity."

"We want to demonstrate that Jews and Muslims do not hate each other," co-organizer Zeeshan Abdullah told the crowd, standing in a half-circle before the white synagogue. "We do not want individuals to define what Islam is for the rest of us."

"There are many more peace-mongers than warmongers," he added.

Co-organizer Hassan Raja said it was the first time he heard the song.

Several European countries have seen an increase in anti-Semitic incidents recently, starting when the conflict between Israel and Palestinian militants in Gaza intensified last year.

In Paris, three Muslim gunmen killed 17 people at a kosher grocery, the offices of weekly Charlie Hebdo and elsewhere in early January.

Last week a single assailant in Copenhagen killed a Jewish security guard outside a synagogue and a Danish filmmaker attending a free speech event.

Hundreds of graves were vandalized at a Jewish cemetery in eastern France on Sunday, some painted with Nazi swastikas.

In an interview Tuesday, a Swedish Radio reporter asked Israeli Ambassador Isaac Bachman about the causes of anti-Semitism and whether Jews themselves had any responsibility. Bachman rejected the question, saying it was like asking whether a rape victim was to blame for what happened to her.

The public radio network later apologized for the question, saying it "is misleading and blames both individuals and a vulnerable group. The Jewish community has experienced horrific terror and has all of our sympathy and condolences."

"Again, Jews were murdered on European soil just because they were Jews," Netanyahu said at the start of his Cabinet meeting on Sunday. "This wave of attacks is expected to continue, as well as murderous anti-Semitic attacks. Jews deserve security in every country, but we say to our Jewish brothers and sisters, Israel is your home."