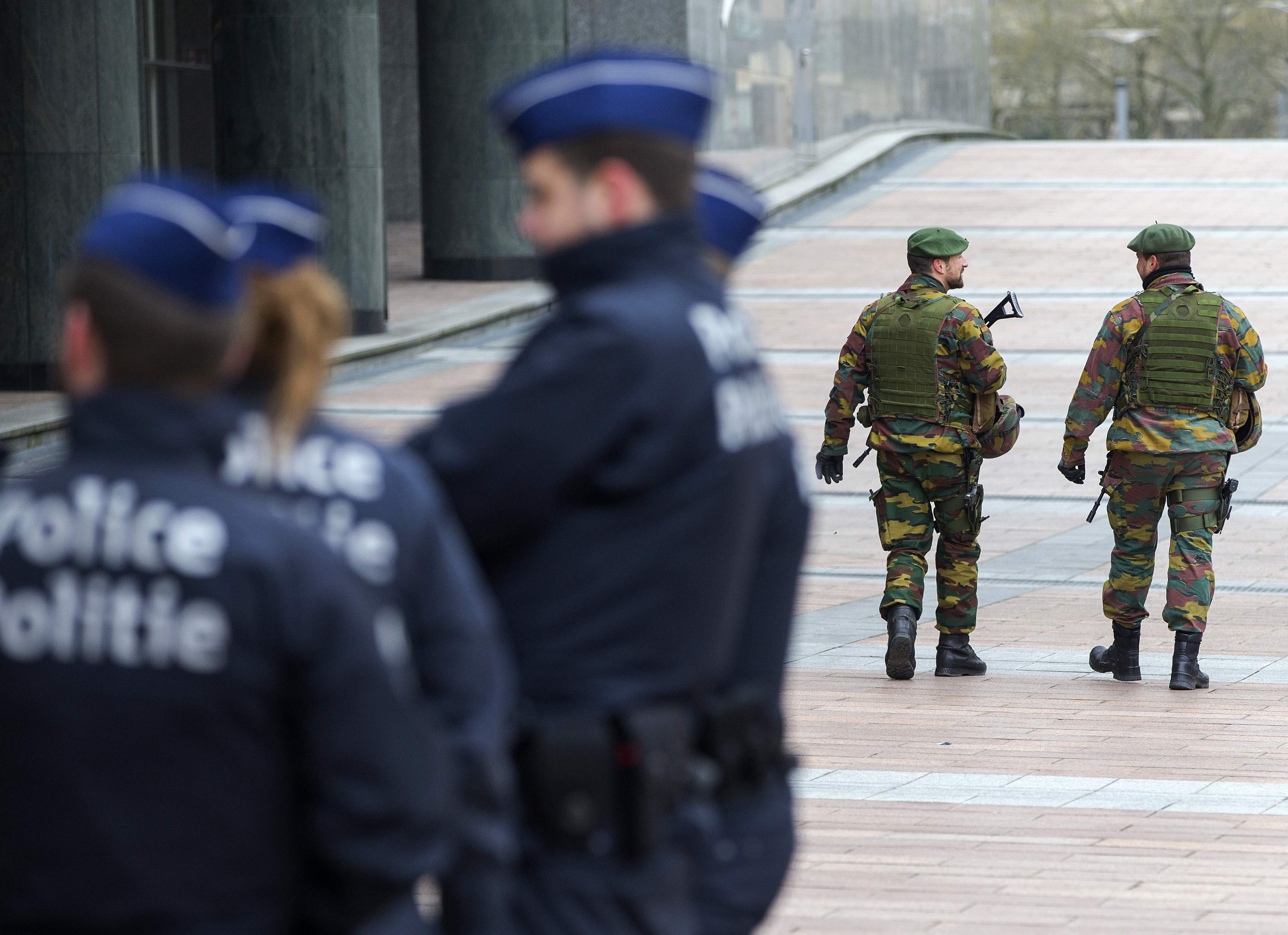 BRUSSELS -- Galvanized by the recent terror attacks in France, European Union leaders on Thursday debate a range of ambitious steps to better protect their 28 nations, including exchanging airliner passenger manifests, tightening controls at the border and combating extremism on the Internet.

Latvian Foreign Minister Edgars Rinkevics, whose nation holds the EU's six-month revolving presidency, said Tuesday the often fractious members had reached broad consensus on what actions to take, and share the "strong will" to implement them.

But Wednesday, an EU official, briefing journalists on condition he not be identified by name or function, said work was still going on to finalize the list of recommended actions to be submitted to the leaders at the summit for their approval.

Counter-terrorism policy shot to the top of the EU agenda following the Jan. 7-9 terror attacks in Paris against a satirical weekly, a policewoman and a kosher grocery store that claimed a total of 17 victims. The three gunmen, who proclaimed allegiance to al Qaeda in Yemen and the Islamic State of Iraq and Syria (ISIS), were also shot dead by French police.

The attacks stunned Europe and mobilized France and other EU countries to seek more effective ways to deal with armed Islamic militancy, especially the problem of radicalized European-born Muslims departing to fight in Syria or Iraq and returning home to sow the doctrine and techniques of holy war.

The attacks in the French capital "were a game-changer" for EU counter-terrorism policy, said Alexandra de Hoop Scheffer, senior trans-Atlantic fellow and director of the Paris office of the German Marshall Fund think tank. To prepare for Thursday's summit in Brussels, EU foreign, finance and interior and justice ministers drew up recommendations on what to do.

Some of the steps the leaders are expected to consider:

"It sounds crazy, but we don't have that system within the EU, though we have it with the U.S., Canada and Australia," said de Hoop Scheffer. An earlier attempt to launch an EU-wide exchange of air traveler data for prevention, detection, investigation and prosecution of terrorist offenses and other serious crimes died in the European Parliament in 2013 when a committee rejected it on civil liberties grounds.

On Wednesday, European Parliament members, by a 532-136 vote, pledged to work toward getting a passenger name record program enacted by the end of 2015, but insisted the EU simultaneously rewrite its rules on data collection and sharing to ensure legally-binding protections.

Even that precondition wasn't sufficient for Europe's Greens, who opposed the resolution, saying it gave "carte blanche for EU governments to scale back personal freedoms." Instead of mass surveillance and data retention, the Greens said, it would be more effective to conduct targeted surveillance on individual suspects already known to authorities.

Twenty-six European countries, among them 22 EU nations, have abolished passport and customs controls among one another in what's commonly known as the "Schengen area." According to EU officials, current identity checks on European travelers leaving or re-entering the area are often cursory.

De Kerchove, the EU's counter-terrorism chief, has called for the swift implementation of a new screening system to detect suspicious travel movements, and suggested it is also time to change some of the rules governing the Schengen area. Natasha Bertaud, spokeswoman for the EU's executive arm, quoted one of its leading officials on Wednesday as saying existing rules should first be applied to the utmost, as well as using objective "threat assessment" criteria to identify travelers whose comings and goings should be monitored.

An early copy of the draft statement prepared for Thursday's summit calls for measures to "detect and remove Internet content promoting terrorism and extremism," including reinforced cooperation between public and private sectors and a coordinating role for Europol, the EU's law enforcement agency.

"Preventing radicalization is a key element of the right against terrorism," the draft statement says. It also calls for development of communication strategies to promote tolerance, non-discrimination, fundamental freedoms and solidarity throughout the EU, and use of education, vocational training and rehabilitation to limit the lure of radicalization, including for people in prison.

If all three of the major proposals are adopted, "the EU would be better equipped" to deal with the terrorism challenge, said de Hoop Scheffer.

EU leaders on Thursday will consider other measures as well, including better coordination among existing institutions like Europol, Eurojust - the EU-wide agency of prosecutors, police and investigating magistrates - and the bloc's counter-terrorism coordinator.