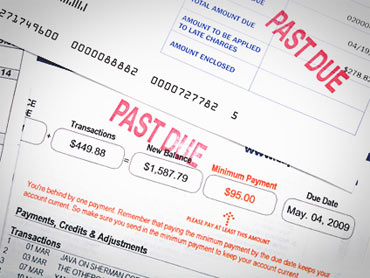 Maybe the mantra of the famed New York Friars Club should be "If you can't laugh at yourself, who can you laugh at?"

With customary comic savagery, the club's members, famous for their celebrity roasts, gathered to celebrate its 100th birthday and take pot shots at each other.

"We don't look the worse for wear after all these years," said Freddie Roman, the club's dean for the past 35 years. "OK, well maybe Pat Cooper."

"We have some of the funniest people in the world here; and Pat Cooper," he said.

Putting comedy on hold for a moment, Roman reminded everyone of the importance of the club's history.

"Our history is the history of show business," he said. "We survived vaudeville, burlesque, eight-track tapes, Chevy Chase's talk show and Mayor Bloomberg's smoking ban. You all look so much healthier."

Despite all appearances — wheelchairs, walkers and oxygen tanks aside — the friars are getting younger, Roman said. The average age is 50, compared with 65 in the late 1960s, and 300 of the club's 1,500 members are under 45.

Regardless, comedian Gilbert Gottfried, who at 49 was one of the youngest attendees, made hay of the group's geriatric patina.

"Look around. If your heart is still beating then you can be a friar," Gottfried quipped. "If you've moved in the last 100 years, then you're in."

Founded in 1904 by a group of press agents, the club soon began drawing entertainers and comedians of all sorts. Some of the century's greatest funnymen were members, like Milton Berle, Buddy Hackett and ... well, Pat Cooper.

Membership has its privileges. The club's midtown Manhattan building, known as "the monastery," has a restaurant, a bar, a steam room and a barbershop.

But besides providing its members a place to trade jokes, the club has helped down-and-out or ailing entertainers financially or spiritually, with laughter.

"A year ago our abbot, Alan King, who just passed away, was standing at the bar and fainted," Roman recalled. "The bartender put a tablecloth under Alan's head and asked, `Mr. King, are you comfortable?' And he said, `I make a living."'

Some things have changed, though. In 1988, after 84 years, the club allowed women to join, starting with Liza Minnelli, Roman said.

"It was different when I started: It was all men, and they were all ugly," Roman said. "Now we have all these wonderful women here, and they've really added a vibrancy to the club."

And the club has had its share of controversy. In 1993, at the roast for member Whoopi Goldberg, her then-significant other, Ted Danson, came out in blackface, causing talk show host Montel Williams to walk out in disgust and several black entertainers to speak out about the incident. The club later apologized.

In the end, though, it's all about getting a laugh, or bombing, depending on the audience.

"You've got to put up with some bad jokes when you come here," said friar Ted Faraone, a publicist.

Added fellow friar Ed Kantor: "That's what you've got to expect. If you laugh, you're out."