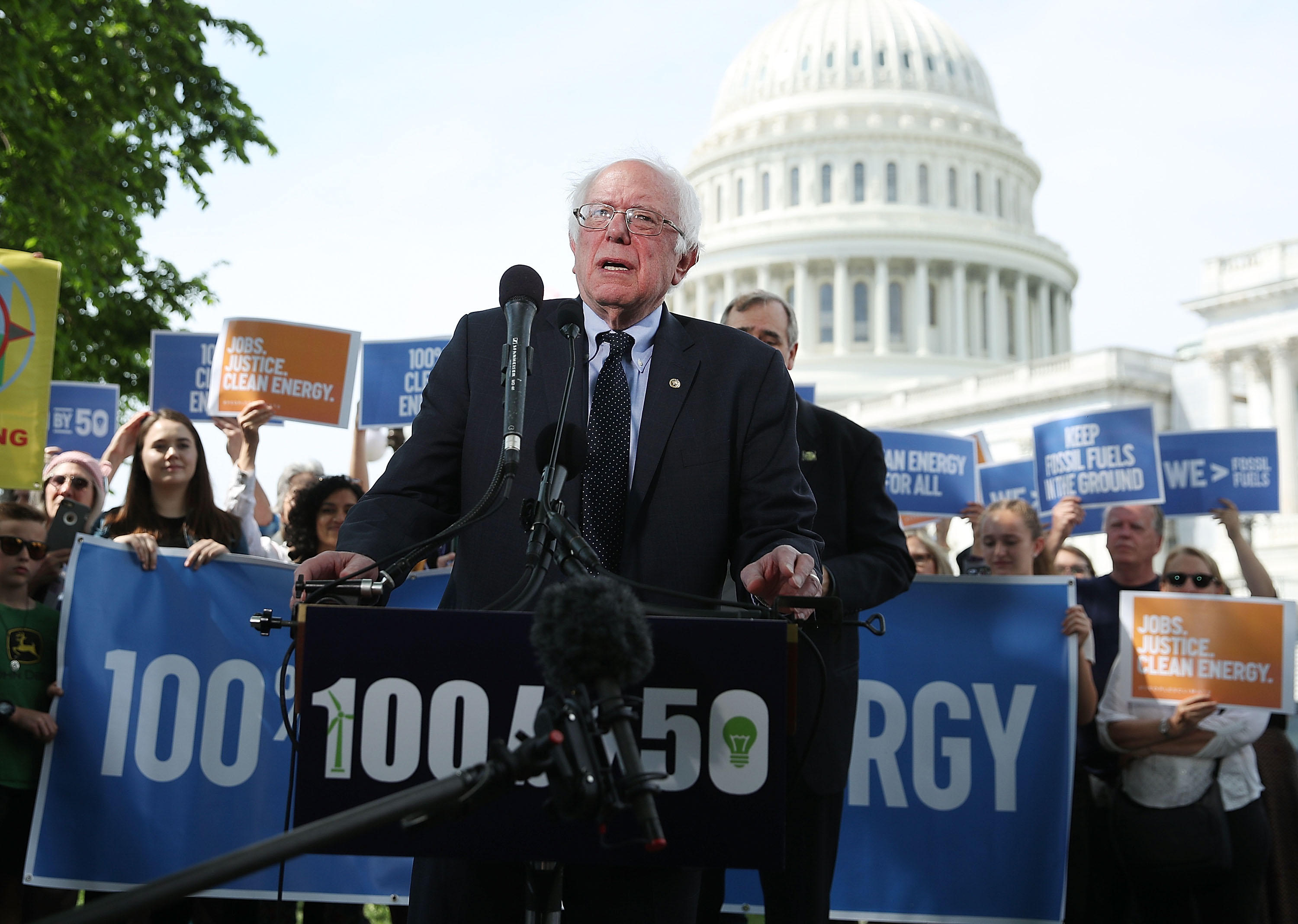 A small group of environmentalists rallied outside of the Capitol building on Thursday as Sens. Bernie Sanders, I-Vermont, Jeff Merkley, D-Oregon, and Ed Markey, D-Massachusetts, introduced a bill designed to combat climate change.

The bill, as described by the event's Facebook page, is "the most ambitious piece of climate legislation Congress has ever seen." It aims to phase out of American dependence on fossil fuels and transition to 100 percent clean, renewable energy by the year 2050. The senators did not provide a specific course of action for the goal.

"Mr. President, your job is to listen to the scientific community, which is virtually unanimous in telling us that we have got to transform our energy system away from fossil fuel to energy efficiency and sustainable energy," Sanders said.

Sen. Cory Booker, D-NJ, signed on as a sponsor of the bill this afternoon, Sanders' press office told CBS News.

The rally was sponsored by 12 different climate concern groups including the Sierra Club and the League of Conservation Voters, which is responsible for hosting the "Peoples Climate March" across multiple states on April 29.

"This is the biggest test facing human civilization and we have to respond and win this battle together," Markey said.

It is unlikely that the bill will go far within a GOP-controlled Congress and under the Trump administration, which supports energy from oil, coal and natural gas sources.

"Donald Trump is wrong about a lot of things, but there is no area where he is more wrong than on the issue of climate change," Sanders said.