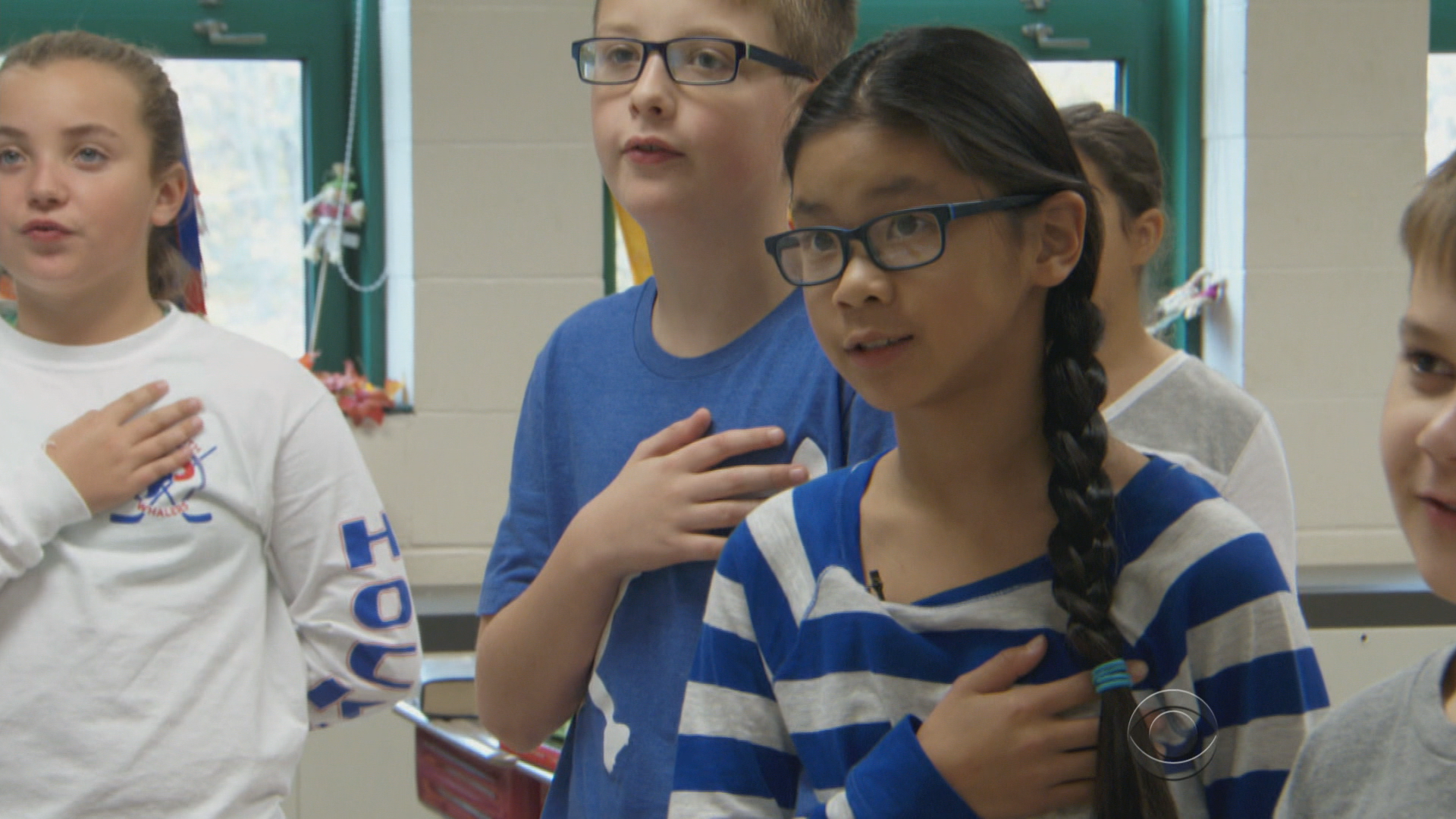 KINGSTON, Mass. --While most 5th graders are focused on swings more than swing states, 10-year-old Alena Mulhern is running for something much bigger than the next piece of playground equipment. She's running for president - in 2040.

"We are true to our creed when a little girl born into the bleakest poverty knows that she has the same chance to succeed as anybody else because she is an American," President Obama said in his speech.

He wasn't talking about Alena, per se, but he sure spoke to her.

"I had told her before that you can be anything you want to be, as we all tell our children," said Mulhern. "She said to me, 'I want to be president.' And I said, 'Honey, that's the only thing you can't be.'"

Here's the problem. One of the few pre-requisites for becoming president is that you're born on American soil, and Alena was adopted form China when she was 10 months old.

"I think I was just a bit confused," said Alena of learning the rule. "All I know is the United States. And then someone tells me since you were born in China you can't become president, I didn't really like that."

She so didn't like that, she sent the president a petition with 120 signatures asking the law be changed. And when all she got back was a letter, she tried another track: Ellen Degeneres.

"She hasn't gotten back to me yet."

So she moved on to step three. Last month Alena somehow got herself in front of the Massachusetts legislature.

"I learned how our government works and realized this is the way to change the law."

She is now asking her local lawmakers to pass a resolution urging Congress to take up the matter.

"Just think of all the great candidates that would not be able to serve our country because of a law that came into existence over 200 years ago," Alena explained.

It's a long shot, for sure. There will be many arguments to come. But for now, this budding politician is sticking to her one, irrefutable talking-point.

"I love this country. I'll stick with that."